In a year that’s seen an almost complete paralysis of Lanzarote’s cultural life, the news that Yaiza’s nativity scene will return in December is a welcome sign of normality. 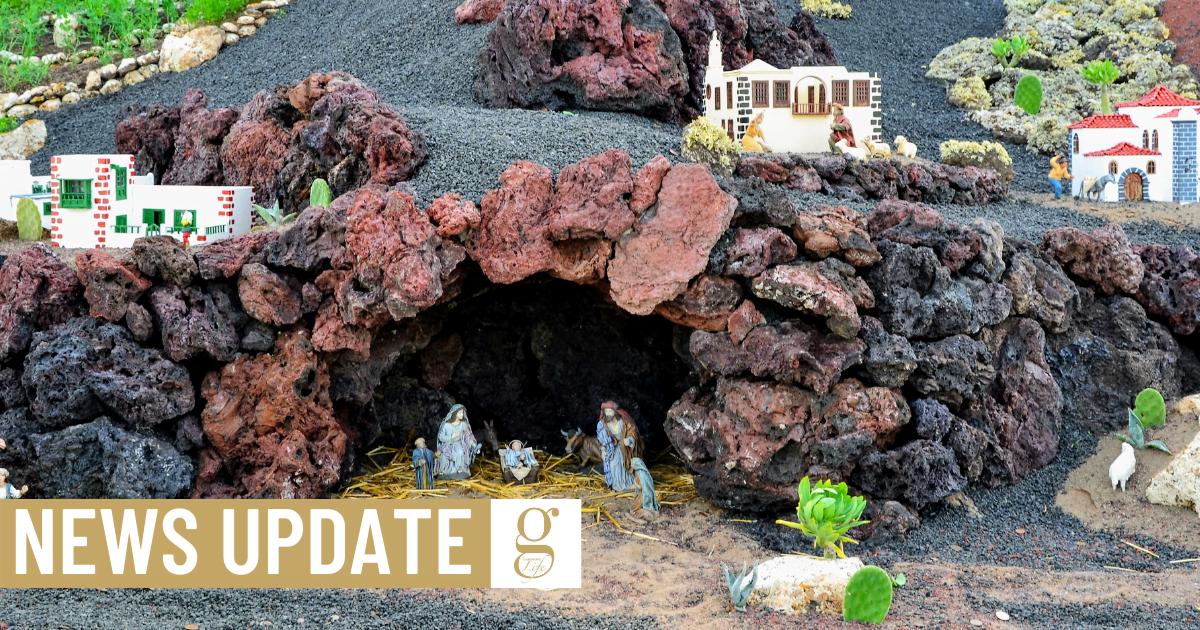 The belén offers a little hope for the future after a year which has left Lanzarote’s cultural and sporting life absolutely devastated.

The first cultural casualties of the pandemic were the carnival parades that take place in early spring.  On 11th March, Tinajo, Costa Teguise, La Graciosa and Playa Blanca all saw their parades cancelled, and the Teguise market was suspended for two weeks.

Three days later, the whole of Spain went into complete lockdown and all activities and events were cancelled indefinitely. As the weeks passed, the island saw entire sporting and cultural programmes wiped out, as iconic events such as the Ironman, the Sonidos Liquidos Festival and the Arrecife En Vivo Street festival fell like dominoes.

Local fiestas, which normally dominate the summer months, were also cancelled, along with the island’s most sacred event – the pilgrimage to Mancha Blanca (although several made the journey in any case, masked and distanced).

Just as destructive has been the virus’s effect on live music and entertainment in the resorts. With closures of nightlife and strict limits on any kind of after-hours activity, many performers have faced long and difficult months.

Things have slowly started improving recently – concerts been held in the El Salinero theatre in Arrecife and the Casa del Timple in Teguise, and some sporting activities have recommenced, but the truth is that we’re still a long way from seeing a normal cultural life on Lanzarote. Next year’s carnivals, for example, have already been suspended.

Among this chaos, any sign of normality is welcome, and the nativity scene at Yaiza is a traditional Christmas landmark that is loved by locals and visitors of all ages.

Yaiza’s belén (the Spanish word means “Bethlehem”) was first created by Tito Viera in the late 1970s and transports the story of Christmas to a large, scaled-down model of Lanzarote in Yaiza’s central plaza.

As always, part of the fun will be recognising the Lanzarote landmarks in the model. This year you’ll be able to see the Fire Mountains, the saltworks at Janubio, the wine country of La Geria and the green lake at El Golfo, which will have the number “2020” reflected in the water. also present will be the Holy Family and various animals gathered around a manger, shepherds, angels and wise men making their way through the landscape on their camels.

The nativity will be ready in early December, and will remain on display until the 12 days of Christmas are over.