Six women’s teams and six men’s teams participated in the first municipal Canarian Bowls tournament in Yaiza, which saw the participation of more than 70 elderly people. 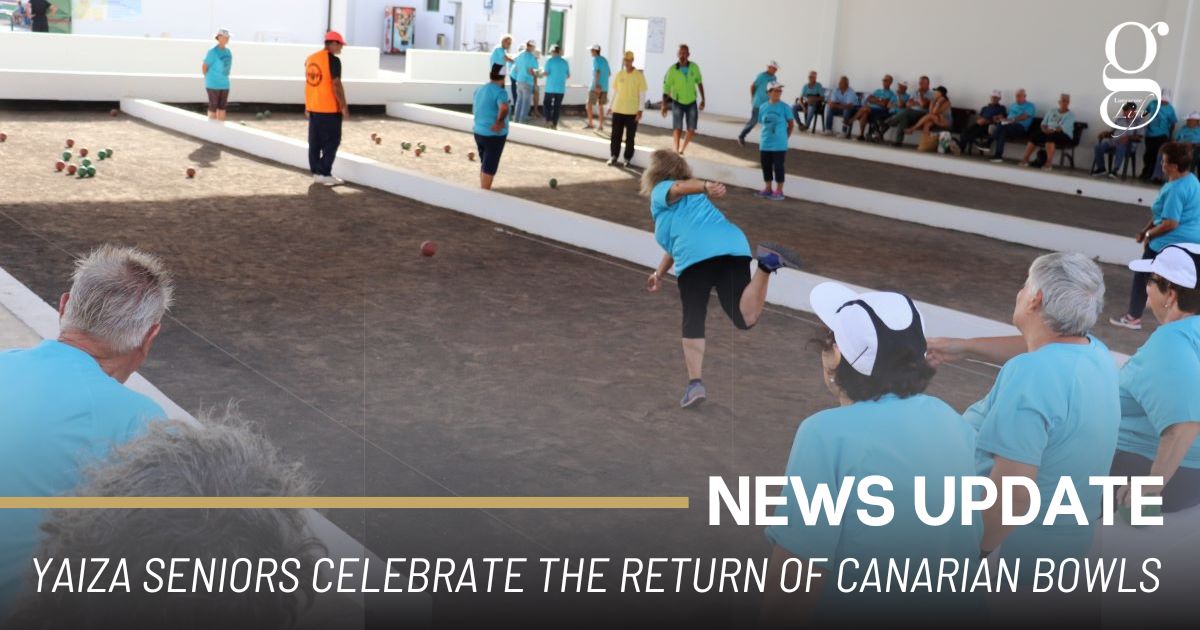 More than 70 elderly people, who during the pandemic were unable to play their favourite sport, were able to return to competing in one of the most demanded Canarian traditional games.

Six women’s teams and six men’s teams participated in the Yaiza Bola Canaria tournament this Wednesday, which included a trophy presentation for the top players. All the teams were honoured by the Yaiza Ayuntamiento, and it’s Mayor, Óscar Noda.

Noda highlighted the “vitality and joy” of the elderly after the return of the bowls tournament, reinforcing the municipal commitment to “continue to respond to our neighbours calls who have given everything and more for the development of this municipality.”.

Yaiza Councillor, Águeda Cedrés, pointed out that “Canarian bowls is a constant demand for our elders, and although we began to practise with them since covid restrictions allowed it, they also wanted to feel the taste of a proper competition again and we decided to organise this tournament.”.

After photos were taken and the presentation of trophies for top players, the seniors enjoy a dance party.

Check out the pictures from the event: