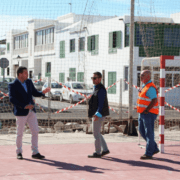 The Yaiza Ayuntamiento have started works on the community football pitch in Playa Blanca, signing a contract to totally modernise the pitch and surrounding area for €454,000 euros. 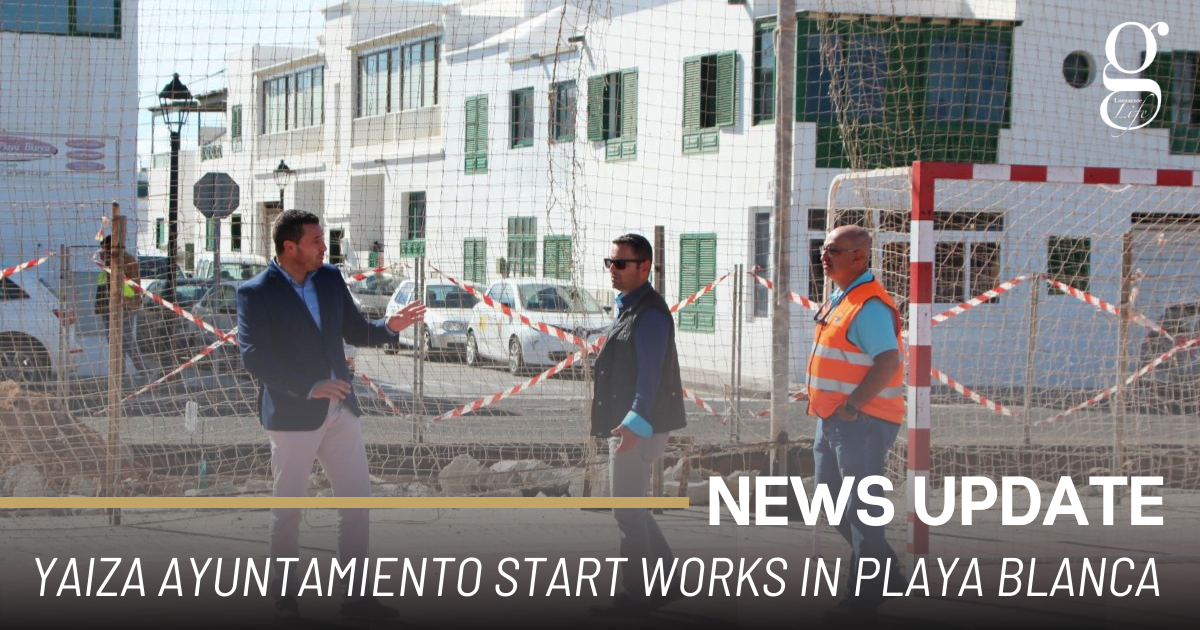 The football pitch just opposite the second car park, on the other side of the street to the bus station, has began much needed renovations. The €454,000 euros will go towards the repair and levelling of the pitch, a new play ground, public calisthenics equipment as well as the relocation of the seating area and fencing.

Mayor of Yaiza, Óscar Noda, explained “Today we have signed the contract of €454,000 euros which will go towards the total modernisation of the futsal field, the paving of 17 streets in the town, and the construction of 3 new waste disposal locations.”.

In addition to the new futsal pitch there will be 3 new waste disposal locations, of which the objective is to create a clean and accessible waste drop-off point.

Finally, the paving of 17 streets around Playa Blanca are a part of the last batch of road improvements in the town.