The number of new cases once again broke the hundred mark yesterday as Lanzarote registered 112 new cases. With 82 recvoeries, this brings the overall total of cases on the island to 978. 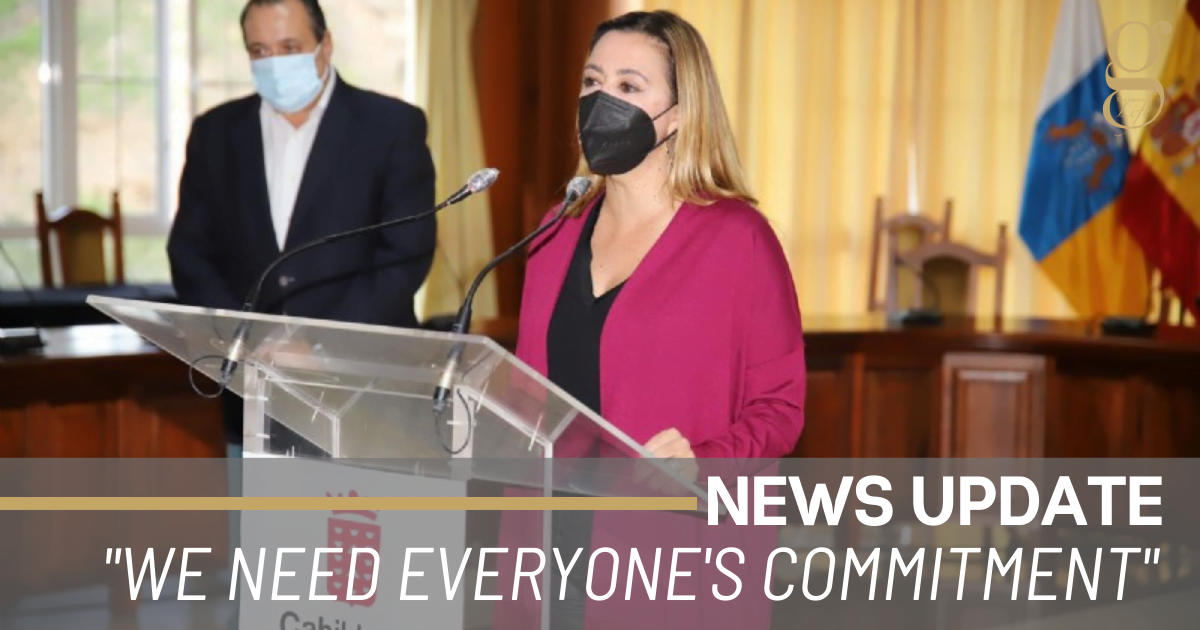 978 is, coincidentally, also the 7-day infection rate in Arrecife, which has emerged as the worst-affected municipality once again. This means that almost one in every hundred people in the capital are currently positive.

Nevertheless, Tías has seen 71 infections in the last seven days, and the proportion of cases over the age of 65 is still deeply worrying in this municipality. San Bartolomé is third, with a much lower rate of elderly cases.  Haria and Yaiza are the least-affected zones, but their figures are still categorised as “extremely high risk”.

The Canarian health service now class the occupation level in the Dr José Molina Oroso Hospital’s Covid wards as “medium risk”, while the intensive care unit, despite being extended recently, is now over one third full and classed as “extremely high risk”.  In total, there are 29 patients on ward and 10 in intensive care.

It is now clear that hopes for a slowdown in the figures that were supported by lower totals earlier in the week were misplaced, and that the infection rates are showing no marked downward tendency yet.

With this in mind, the decision to impose Level 4 restrictions, that come into effect today, appears to be understandable. Canarian health councillor Blas Trujillo visited the island yesterday and said he believed that, “with the “support of citizens”, the most severe restrictions applied on the Canary Islands since the lockdown of last spring would “flatten the curve”.

Nevertheless, Cabildo President María Dolores Corujo warned that even tougher measures would be imposed if infections did not fall. “We need the commitment of every single one of us to get past this,” she said.

Corujo said that the situation arose from the fact that “behaviour was inappropriate” over Christmas, but added “This is not about blame; it’s about recognising mistakes and doing everything in our power to overcome this.”

Trujillo defended the decision to keep schools open, saying that Canaries was the best performing region in Spain and no other region has closed their schools. “It’s our great challenge to keep educational centres open,” he said, and claimed that there were “no problems in the educational sector.”

Passing the test
Level 4 for Lanzarote