Lanzarote and La Graciosa will be the first islands to be placed in Level 4 after the Canarian Government yesterday decided that stricter measures were required in order to deal with the continued rise in Covid-19 cases on the island. The new restrictions will apply from midnight tonight,  Friday 22nd January. 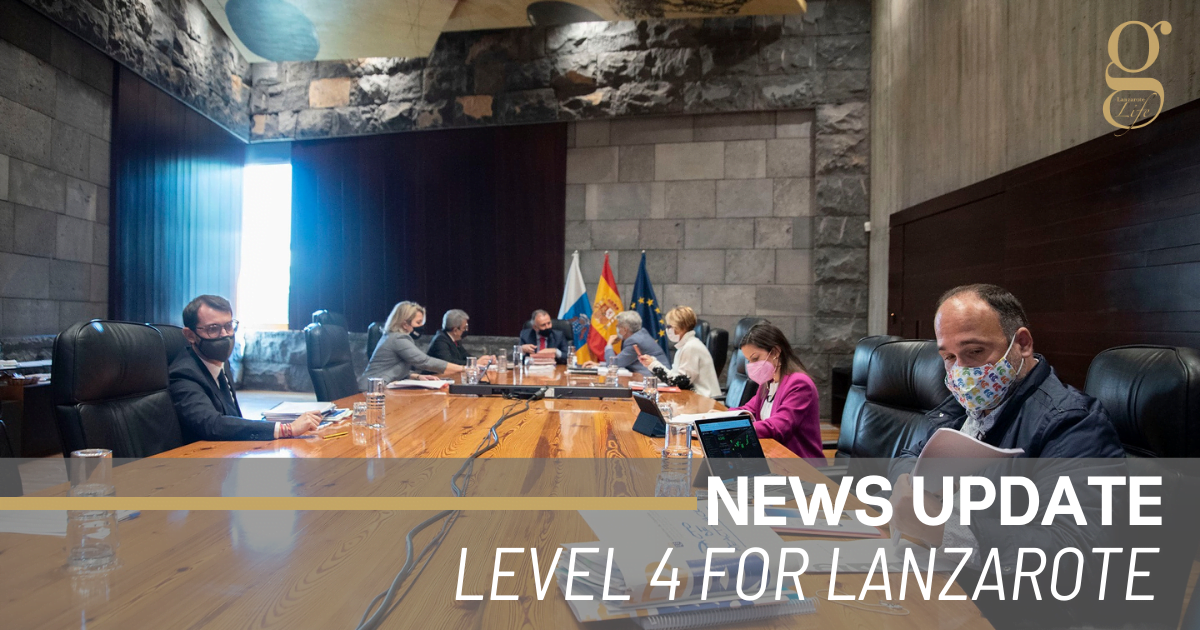 Level 4 measures include the following:

There are also a list of other measures affecting sporting activities, religious gatherings, markets etc, which should be consulted by anyone who may be affected. In general they establish a limit of 50% capacity outdoors and 25% indoors.

The decision has been taken after Lanzarote’s 14-day rate increased by 25 times in just three weeks. The island now has a 14-day rate of 698.67 per 100,000 people – by far the highest in the Canaries, but by no means the highest in Spain, where several communities including Andalusia, Valencia, Castilla y León and Extremadura have rates well into four figures.

Government spokesman Julio Pérez said “This is not a lockdown, but there will be very little one can do in the street.” Pérez confirmed that the aim of the measures was to limit movement and try to persuade people to stay at home. Regional governments, however, do not have the powers to confine people to their homes outside of the curfew measures granted by the Spanish Government in its State of Alarm.

Passing the test
Betancort demands a response to migrant crisis