The UK’s travel rules will be cheaper and easier from the 4th of October after the UK government’s recent revision of its travel rules. 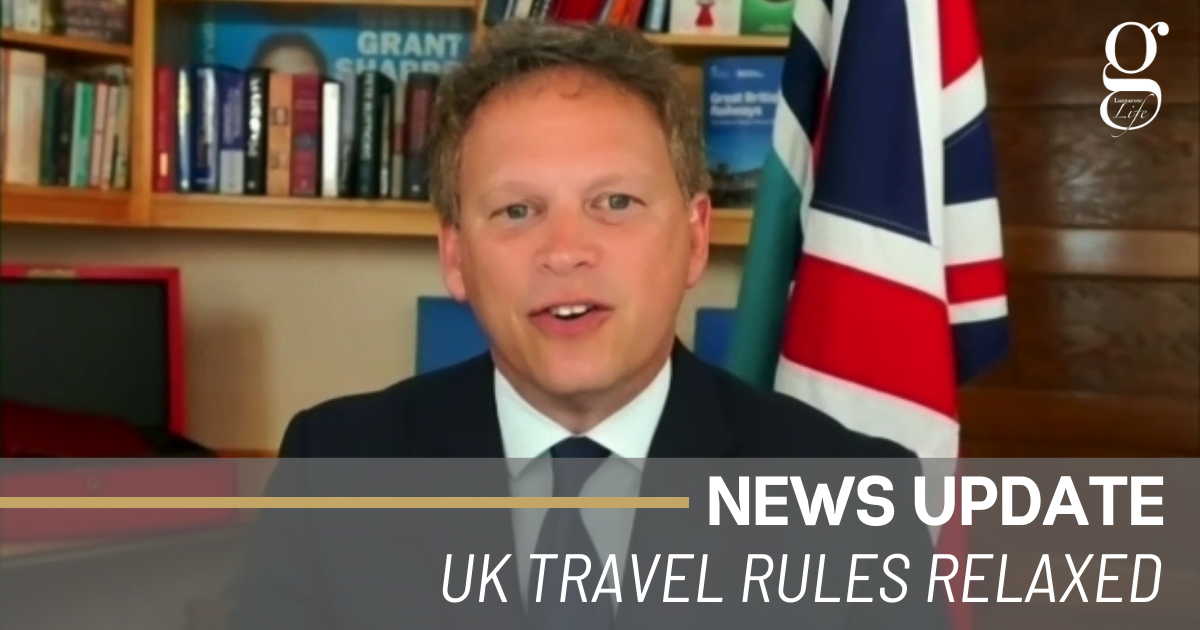 The “amber list”” has been abolished, with just red- and green-list countries existing from next Wednesday. This decision will be followed by all the nations in the UK.

In England, the requirement for a negative pre-flight test result will also be abolished, and the Day 2 test that travellers must take after arrival at English airports will be changed from a PCR to a cheaper lateral flow test “later in October”, according to UK Transport Minister Grant Shapps.

Travellers who are not fully jabbed will have to take pre-flight tests, isolate on return; and take  Day 2 and Day 8 PCR tests as before.

Scotland has confirmed that it will follow England’s decision on the traffic light system, but will not abolish pre-flight tests or replace Day 2 PCR tests with lateral flow tests. Scotland’s Transport Minister, Michael Matheson, said “There are concerns that this would weaken our ability to protect the public health of Scotland´s communities.”

Wales and Northern Ireland will also mirror the changes to red list destinations, and will decide upon testing requirements later this week.

Grant Shapps pledged that the new system would remain in place until “at least the New Year”, and the news has already caused a surge of enquiries in UK travel agents, from holiday makers who were previously put off by the uncertainty or the cost of testing. The new changes mean that a family of four holidaying on Lanzarote could save at least €250 on testing.

The travel sector in the UK has largely welcomed the news, although many have said the changes have come too late to save the summer season. Edinburgh airport has also criticised the Scottish government’s decision not to change testing requirements.

Lanzarote and the Canaries, meanwhile continue to improve their Covid figures and it is virtually unthinkable that the islands could find themselves on a red list any time soon.