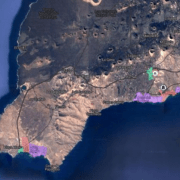 Mass testing will be carried out in two neighbourhoods of Arrecife – Tinasoria and San Francisco Javier – after high levels of Covid-19 traces were discovered by the early warning project that analyses sewage. Testing will commence on Saturday, and 6000 kits have been made available. 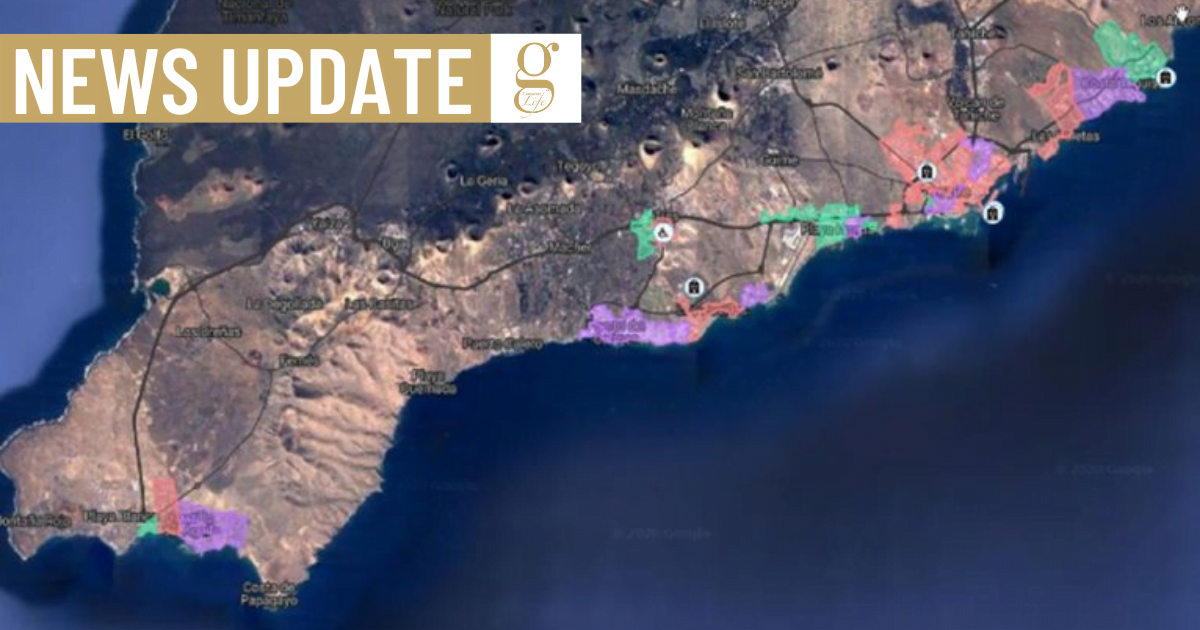 More testing will take place in Puerto del Carmen, Costa Teguise and Playa Blanca after these two screening projects have been completed.  All three of the island’s resorts also showed high levels of viral traces in their waste water. The other area with an elevated level of traces was La Concha, between Playa Honda and Arrecife.

The map above shows areas with high levels of traces in purple. Low levels are indicated by pink, while areas with no traces of the virus show up as green.  Cabildo president María Dolores Corujo told press that special attention had been paid to areas where old people’s homes were located and, thankfully, these areas had not shown traces of the virus.

Tinasoria is the neighbourhood just south of the LZ2 roundabout to Tahiche, and San Francisco Javier is the neighbourhood reached when you approach Arrecife from Güime.  These neighbourhoods were selected for priority testing as the tourist resorts have a “higher level of mobility” and the traces of virus could be associated with tourists.

Nevertheless, there have been no reports of tourists bringing the virus to the island since the reopening of travel corridors with Germany and the UK.  The worst outbreak in Lanzarote recently involved 14 people and stemmed from a family reunion in Haría and Teguise, the Canarian Health Service announced yesterday.

Nevertheless, the figures remain excellent on Lanzarote and the other islands. Just seven new cases were reported on Lanzarote yesterday, while Gran Canaria’s progress has been particularly notable over recent days.

Students to be tested

At the press conference announcing the results of the wastewater testing scheme, Cabildo President María Dolores Corujo also pledged that all students returning to the island for Christmas will be tested for Covid-19. “This will be done at the request of the Cabildo,” she stated.

“I’m calling on all parents to tell, them that, when their children arrive, they should have a test carried out at origin and, if that’s not possible, we’ll inform them of the protocol that we’re going to carry out in this regard.”

Corujo’s statement was later supported by the Canarian Health Service, although they said they had not yet established which type of tests would be carried out.

Passing the test
Eyes on the sky