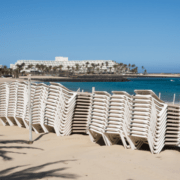 It wasn’t the best of days: the sea was unsettled and choppy beneath a cloudy sky, but it wasn’t just the weather that was uncertain.  On the morning of Saturday the 14th of March 2020, those who had been reading the news knew something was coming, but no one knew exactly what. 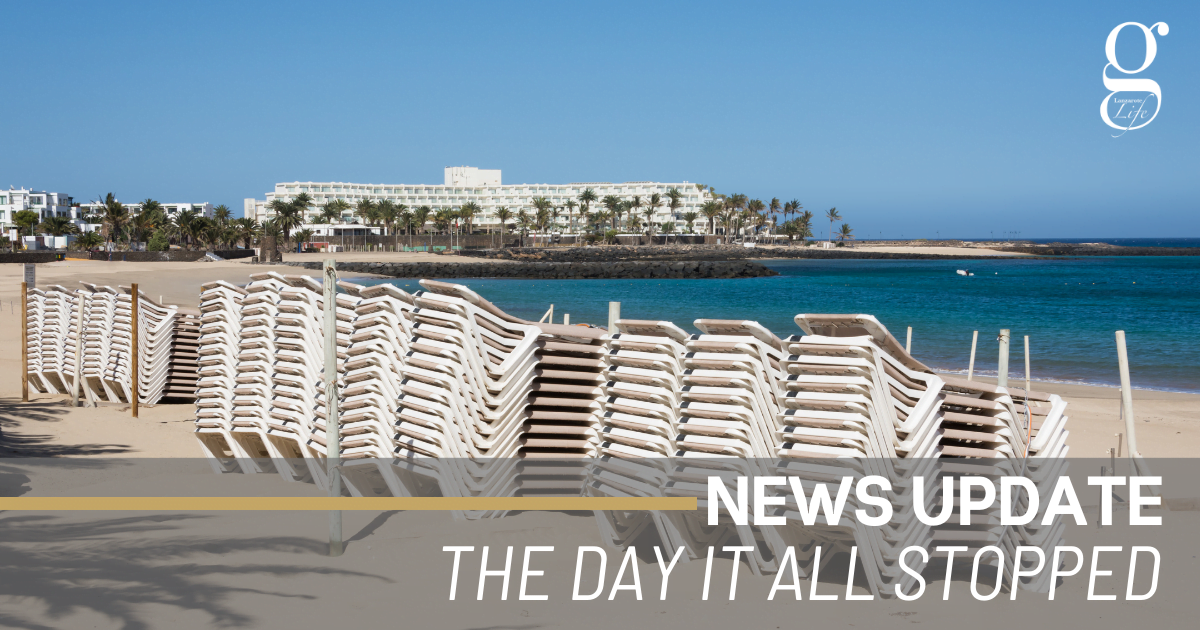 During the week, the Canarian government had cancelled St Patricks Day, carnival parades and all other public events, as well as ordering children to stay out of school for two weeks. The previous day, Spain’s President Pedro Sánchez had announced that special measures would be taken to tackle the new coronavirus and an 81-year-old woman in Las Palmas had become the first Canarian resident to die of the coronavirus.

In the supermarkets, shelves were being emptied of pasta, toilet paper, canned foods and other items, and in Arrecife’s centre you could even see one or two weird people wearing surgical masks. Others laughed at the panic buyers – surely there was no way they were going to lock everyone up like they’d just done in Italy?

Tourists don’t watch the local news, and life carried on more or less as normal in the resorts. It wasn’t really a beach day, but the seafront walkways were busy, and bars and restaurants were looking forward to a profitable weekend.

The announcement, at just after 4 o’ clock, was shocking. No one in Spain was to leave their home without good reason for the next two weeks. Bars, restaurants and non-essential shops were to close immediately. This was lockdown – one of the strictest that Europe has seen.

The next couple of days were strange and disconcerting, as police ordered bars to close on the spot; police cars cruised lamplit, deserted streets broadcasting warnings over a megaphone.  Tour reps had the unenviable job of telling thousands of people that their holidays were ruined, and the airport became packed and frantic with planes coming and going, coming and going.

Soon, we were on our own, huddled round screens, gazing out of windows, planning our next shopping outing. A man in Tinajo was fined for taking his chicken for a walk, a swimmer in Charco del Palo was spotted by helicopter, ambulances visited children whose birthdays were being spent behind closed doors, rainbows appeared on balconies…

Those two weeks became four, then seven, before we were let out again. Lanzarote has gone through some tough moments since, but none of us who were here exactly a year ago today will ever forget those days when the old normal ended.