The President of the German Union of Independent Travel Agents (VUSR), Marija Linnhof, has proposed a government subsidy of €500 for retired Germans so that they can save heating costs in the coming autumn and winter by holidaying in hotter locations such as the Canaries. 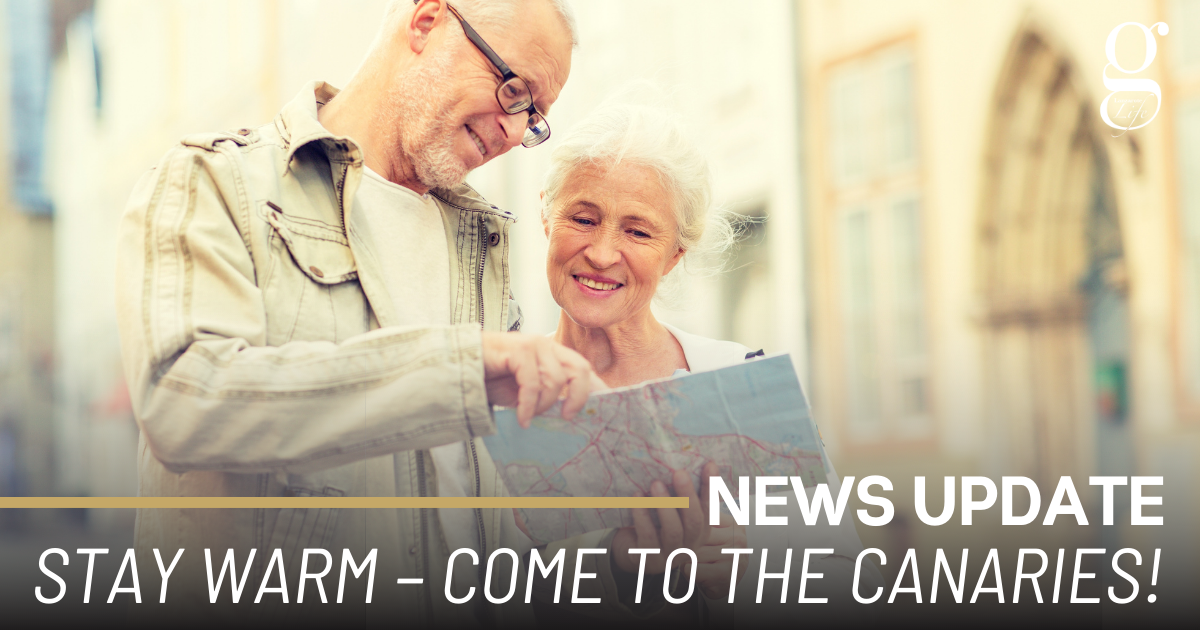 The proposal arose as a possible solution to the rising energy prices which have resulted from Germany’s dependence on Russian gas supplies. The German government has already advised citizens to cut down on fuel consumption in an attempt to conserve stocks and so far no special measures have been taken to ease the situation for older people.

Doris Borrego, President of the Canarian Association of Holiday Rental Owners (ASCAV) has welcomed the proposal and claims that bookings of holiday rentals increased by 20% after it was announced.

However, the cost of the measure, which could reach 10 billion Euros, has prompted opposition from Jana Schimke, of the Bundestag’s Tourism Committee. The German government itself has not yet offered an opinion on the proposal.

Yaiza Castilla, Canarian Tourism Minister, welcomed the proposal and pointed out that it would fit perfectly into her department’s decision to attract “Silver Tourism “– over-55s who come to the islands for longer periods. She also highlighted that it would boost the German market . Traditionally one of the powerhouses of Canarian tourism, Germany is currently one of the poorer-performing source markets for the Canaries, with a fall of 6% in flight places this year.

Covid spike “under control”
Brits allowed to enter Spain with negative test result in “a matter of da...

Your guide to IRONMAN closures
Scroll to top