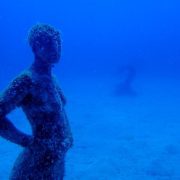 The removal of two statues from the underwater Atlantic Museum in Playa Blanca has been condemned by diving schools, but it’s just the latest episode in a long tale of political rivalry involving public artworks. 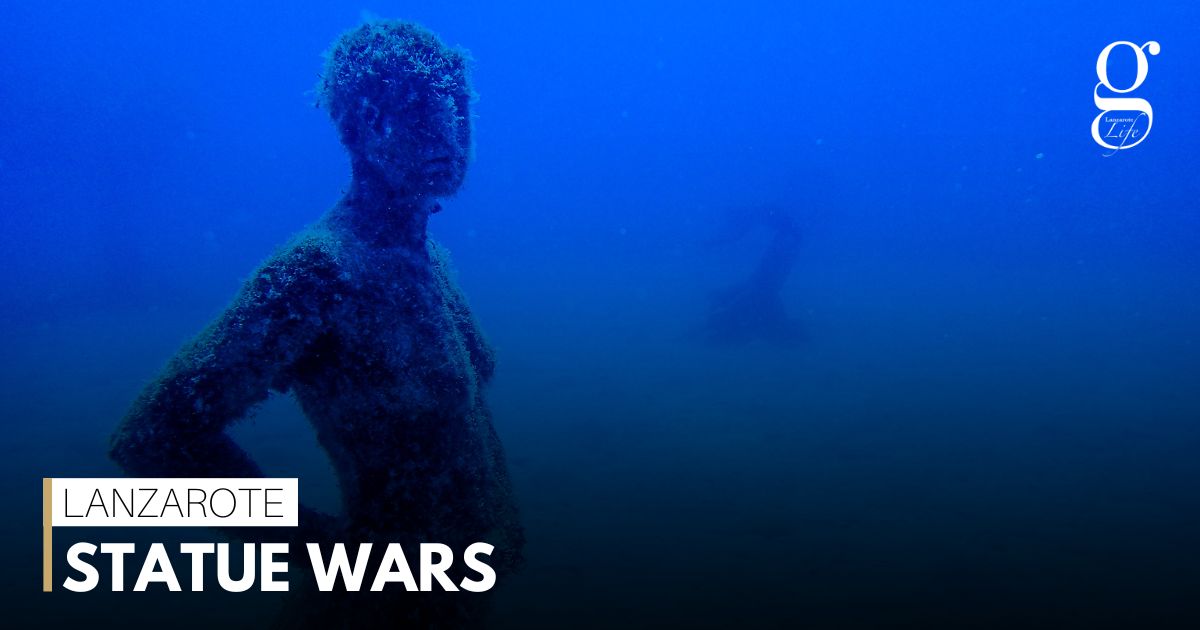 In 2013, the VII Lanzarote Biennial was launched in Playa Blanca by the then-Cabildo President Pedro San Ginés. Sponsored by the German art dealer Helge Achenbach, it was at this event that a proposal for an underwater museum by British artist Jason de Caires Taylor was first made.

Taylor soon took up residency at a studio in the Marina Rubicón, working with scores of Lanzarote residents who turned up to be cast in fibre-glass. These casts would later be the basis of the 300 concrete statues that would be placed on the seabed as part of the museum.

The Atlantic Museum opened in 2017 to worldwide coverage. Hailed as the first museum of its kind in Europe, it was quickly included on the list of the island’s official CACTs (Cultural, Artistic and Tourist Centres) which, up to then, had been entirely composed of César Manrique projects.

However, behind the scenes there had already been strong objections to the project. The statues were later removed under cover of darkness, and were later confirmed to be images of the lawyer Ignacio Calatayud, an associate of ex-President San Ginés. Both men are currently being investigated on corruption charges. Meanwhile, the César Manrique Foundation maintained silence on the issue – a silence that left most observers in no doubt as to their stance.

In 2019, the Coalición Canaria were voted out of the Cabildo and replaced by a coalition led by Socialist María Dolores Corujo. One of her first acts as President was to remove the museum from the list of CACTs, a decision that was justified by the fact that it was attracting just 22 divers a day and making heavy losses. Since then, the museum has remained a regular excursion for dive schools, although it is no longer publicised officially, and costs the island nothing.

On 26th November, divers managed to turn back a boat chartered by the Cabildo that had been sent to remove two statues from the museum. The statues were later removed under cover of darkness, and were confirmed to be images of the lawyer Ignacio Calatayud, an associate of ex- President San Ginés, who is currently being investigated on corruption charges.

Dive schools fear that this is the start of a “progressive dismantling “of the museum. Whether that is the case, or whether it is a bizarre instance of a political vendetta against San Ginés and his party, remains to be seen.

In 2016, the Cabildo installed four statues of horses made by Jason de Caires at the foot of the Castillo de San José in Arrecife. The works as a whole were titled The Rising Tide, intended to be covered and revealed by the tide twice a day, and had previously appeared at an art festival in London.

The exhibition was described as “temporary” at that time, and in 2019, the new Cabildo removed the horses, despite a campaign to keep them there. According to President Corujo, they had been removed to “return the identity of César Manrique” to the castle. Following the removals, Jason de Caires Taylor accused the Cabildo of “censorship”.

The horses remain in a depot in Arrecife, their future uncertain.

Express your selfie!
Scroll to top