The head of Lanzarote’s CACT’s (Centres of Art, Culture and Tourism), Benjamin Perdomo, yesterday confirmed that the statues removed from the Atlantic Museum at the weekend were depictions of the lawyer Ignacio Calatayud, a close associate of ex-Cabildo President Pedro San Ginés; and said that “the image of the island and the CACTs cannot be linked to a person who is charged with theft of public funds.” 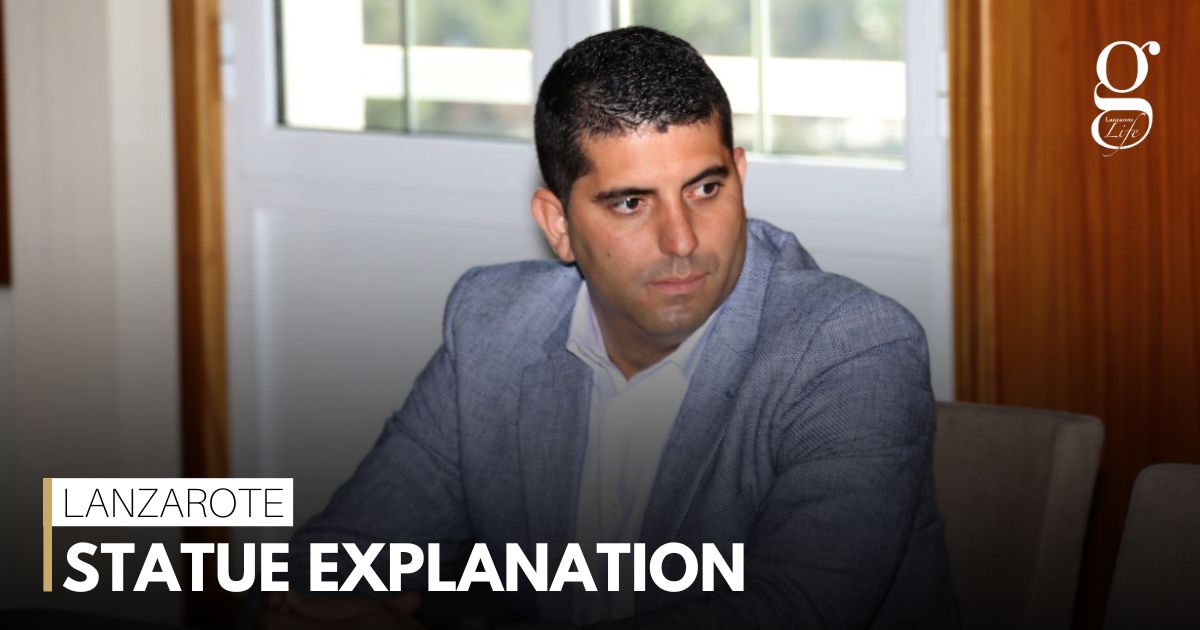 The decision to remove the statues hints at the venomous relationship that exists between the current Socialist-led government of the Cabildo and its predecessors under San Ginés’s Coalicion Canaria, and may have been prompted by a conversation from two years ago.

Recently, the Guardia Civíl released Whatsapp messages between Calatayud and San Ginés as part of an ongoing corruption investigation. In the messages, from 2020, San Ginés mocked a press conference at which Perdomo had claimed that the museum existed “to commemorate Pedro’s cronies”. “Oh well, you’re already depicted. Sorry, mate”, San Ginés wrote.

Calatayud responded “My friendship with you is going to cost you my career! At least the statues will still be there!”

After this weekend, the statues are no longer there and will be kept in storage alongside the horses that were removed from the Castillo de San José in 2019.

Calatayud was just one of many islanders, from all walks of life, who attended artist Jason de Caires Taylor’s studio to be cast as models for the museum. However, the works were never intended to commemorate individuals and many are now virtually unrecognizable even to their subjects.

Perdomo denied yesterday that the museum had lost any value from the removal of the statues, and said that there were no plans to dismantle it. “We just stopped charging entry, which has benefitted diving clubs. And we stopped charging entry because so few divers were visiting the museum that it was costing more to hire staff than we were making.”

AEMET issue weather warnings
Some of the best views on Lanzarote