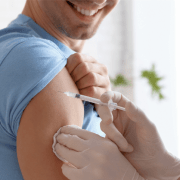 A recent survey has claimed that almost  a third of Spaniards (32%) would be happy to get a Covid-19 vaccine tomorrow. Another third would be favourable towards receiving a vaccine, but are worried about the adequacy of testing or being used as “guinea pigs.” However, almost a quarter – 23% -say they would be concerned about consenting to a vaccine, and 6.6% claim there is “no way” they would get a vaccine.

Those most willing to submit to a vaccine are the elderly, while the group who are least willing to consent to one are undergraduate students in good health.

Josep Lobera, who undertook the survey on the public’s attitude to vaccines for Spain’s Science Ministry,  told El País: “Vaccines won’t solve anything. What will end this pandemic is people consenting to be vaccinated when one becomes available.”

Generally, Spain is one of the European countries with the highest trust in vaccines. A European study in 2019 showed that 94% of Spanish parents felt positively about vaccinations, ahead of Germany, the UK, France and Italy. Lobera’s study also shows that general trust in standard vaccines is extremely high.

However, the coronavirus crisis has led to the rise of local anti-vaccine groups that have been strongly influenced by northern European “antivaxx” movements from Germany and the UK, as well as conspiracy theories stemming mainly from the US.

The most famous representative of Spain’s “resistance” movement is veteran pop star Miguel Bosé, who sold millions of records in Spain, Italy and Latin America in the late 70s and 80s. Bosé claims Covid-19 is “ a lie” and has regularly posted allegations that Microsoft founder Bill Gates is developing vaccines containing “smart dust” that will allow subjects to be controlled by 5G technology. His influence has been so noticeable that Spanish Health  Director Fernando Simón has publicly appealed for “influencers” to act more responsibly.

Anti-vaccine sentiment may also have an affect on the new flu jab season, which commences at this time of year. Experts have recommended the flu vaccine because, although it does not protect against Covid-19, it may prevent certain complications and will keep pressure off health centres.

Make friends and discover Lanzarote on a bike!
A proper shower

Friends and Enemies
Scroll to top