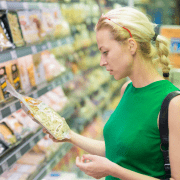 The days leading up to the lockdown saw a spate of panic buying on Lanzarote, as supermarkets were stripped of basic necessities such as water, pasta, eggs and rice.

Although panic-buying was nowhere near as widespread as it has been in the UK, there were queues of shoppers waiting to fill their trolleys before supermarkets opened on the Thursday, Friday and Saturday before the lockdown. Most appeared to be laying in stocks for a long quarantine, and there was a high demand for fresh food, while toilet roll wasn’t nearly as preciously sought-after as it has been elsewhere.

However, smaller local shops seemed to remain well-stocked, while the shelves were once more full with no shortages once the lockdown began and supermarket shoppers were allowed to enter supermarkets in limited numbers.

“Skeleton” building row
The Heart of the Matter