Ian Lane reports on the all-or-nothing finale to one of the strangest, most frustrating seasons ever experienced by Arrecife’s UD Lanzarote. 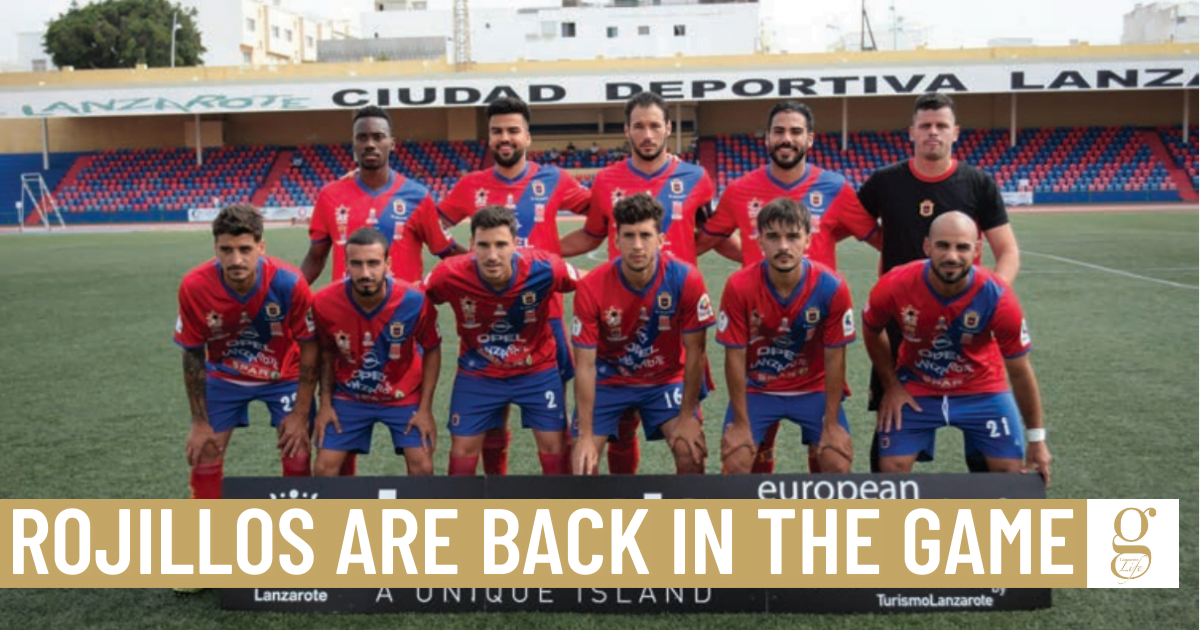 First published May 1st, 2021 in the May edition of the Gazette.

After a dreadful start to the season, with just four points on the board after seven matches and sitting firmly at the bottom of the table, the Rojillos (The Reds) play their final match of this season’s mini-league knowing that a win will guarantee that they can avoid the relegation playoffs.

UD Lanzarote has had tougher restrictions than any other club in the Tercera División (Fourth Tier). For two months, they went without playing a competitive game and were unable to train as a unit for most of that time.

At the time of writing this they are also the only side in their division whose fans have not been allowed to cheer them on, thanks to a decision by the Cabildo that ignored the fact that their stadium has a greater capacity than any of their rivals.

Then, the Spanish Football Federation ordered the club to play catch up on matches that had been missed due to the Covid restrictions, so they were forced to play 10 matches in one month. This would be difficult enough for a Champions League side with a large squad, let alone a bunch of semi-professional players, many of whom have other jobs.

And yet despite all this, Lanzarote had a flying start – winning four matches and drawing another in their opening five matches. Naturally, fatigue then took hold and the other five matches ended with a win, a draw and three defeats.

This all leaves the Rojillos in sixth position in the ten-team league and going into their final match they need a win to guarantee that they avoid the relegation playoffs.

The final match was played on Sunday 18th April versus UD Las Palmas C. To see how the team did, please click on www.lanzarotefootball.com.

This match was also the first time the authorities allowed fans to return and support their team.

Whatever the result, UD Lanzarote will be playing either relegation or promotion playoffs, as will every club in this newly-structured league format. Depending on results there could be a further nine home games until the season ends.

All shirts and other merchandise can be bought online at https:// mercancialanzarote.com/shop/ or at the shop in Costa Teguise which is based at Centro Comercial Nautical, local 25 (up from Decades bar and behind Café Bonjour). The shop is open Mon to Fri 10am to 1pm.