This weekend saw the 42nd anniversary of the Cruz del Mar massacre, when seven fishermen from the fishing barrio of Valterra were murdered on their fishing boat by unidentified assailants. Just like every year, the dead were honoured with a floral wreath and a service attended by families of the victims, Arrecife Mayor Astrid Pérez and other representatives of Arrecife Ayuntamiento. 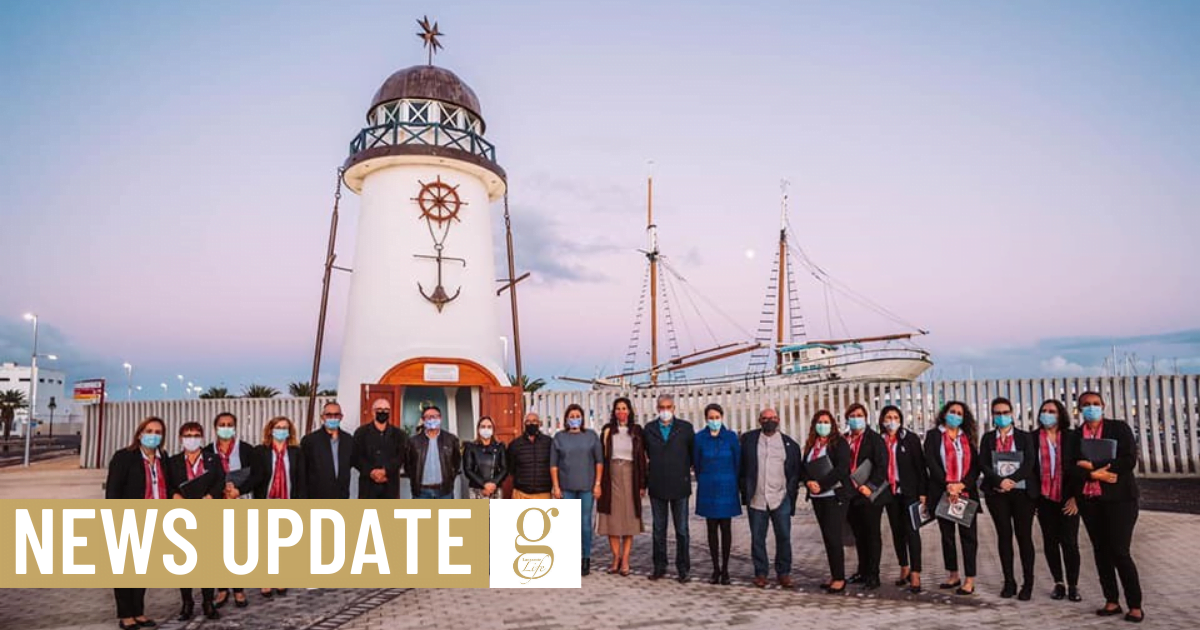 The attack on the fishing boat Cruz del Mar took place on 28th November 1978, when the crew  were eating their evening meal after fishing for tuna in the Canarian/Saharan bank, just off the African coast. A Zodiac dinghy containing 24 men approached and hailed the boat. Several of the men boarded the boat and searched it, before suddenly opening fire, machine-gunning seven of the crew, including a 14-year-old boy. Three other fishermen managed to jump into the sea undetected.

When the Zodiac left they climbed back on board, discovered that the boat had been rigged with explosives and managed to grab a life raft and escape before the boat blew up. The three survivors were later picked up by another fishing boat.

Morocco claimed the attack on the Cruz del Mar  was carried out by Polisario terrorists, but the Polisario offered a counter-claim that the Moroccans were the culprits, saying that they hoped to use the incident to scupper any future alliance between Spain and Polisario, who had been developing closer ties before the attack.

A survivor identified a known Western Saharan activist as one of the attackers, but Polisario proved that this suspect was in Algeria at the time. Meanwhile Spanish surveillance planes detected encampments of Moroccan troops near the shore closest to the incident.

42 year later, the truth is still no clearer. What is clear is that the families of the victims , whose deaths were classed as “workplace accidents” for over thirty years, finally received compensation put aside for victims of terrorism in 2011.

A simple cross on the shore of the Islote del Francés in Arrecife was the meeting point for the annual memorial service until a monument entitled “The Light That Guides Us”, designed by local artist Juan Brito was built in 2013 . The monument is in the form of a lighthouse and contains an image of the Virgin of Carmen, the patron of fishermen and the barrio of Valterra.

Meanwhile, the Western Sahara remains a disputed territory, with Morocco’s claim over it still not recognised by the UN. Recently, Polisario announced the end of a 30-year truce after an exchange of fire between their forces and the Moroccan army near the coastal town of Guerguerat.

Floods and rainbows
Scroll to top