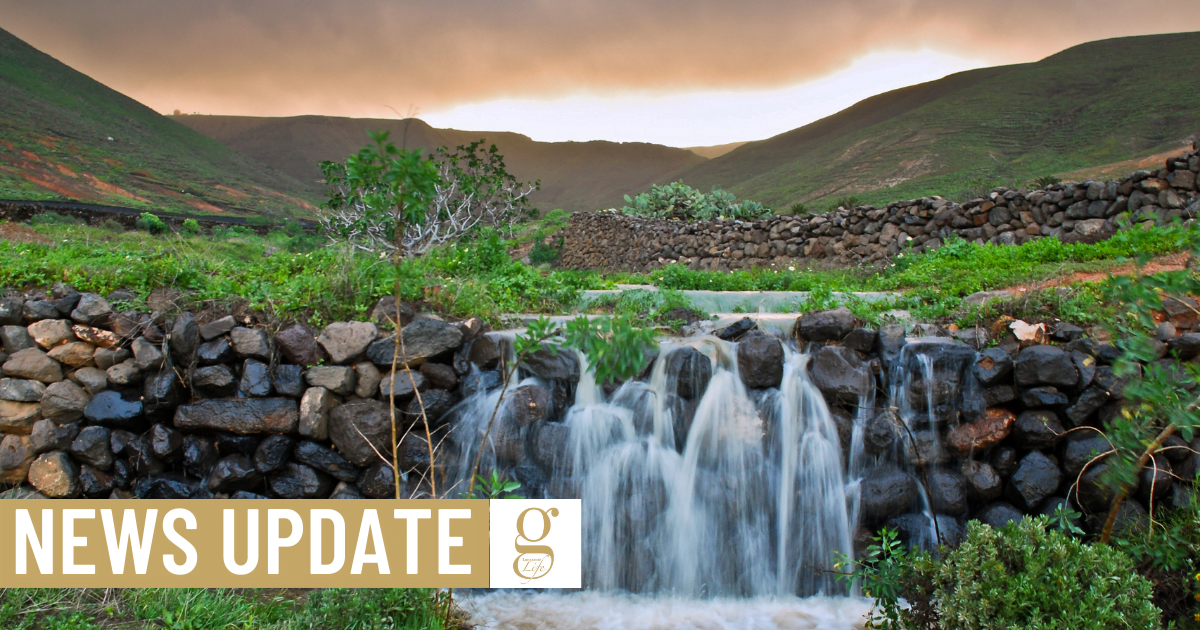 Although there was no official weather warning for rain yesterday, a downpour had been threatened all day, as huge banks of fluffy cumulonimbus clouds piled up in the north. In the early afternoon it came down, hitting the coastal zones of Playa Honda, Arrecife and Costa Teguise hardest.

And the result was the same as always. Floods, overflowing drains and blocked roads. Locals are now almost able to produce a “rain map” of Arrecife, highlighting the areas which authorities promise will be worked on during good weather, and yet which are reliably inundated and closed-off whenever there is a heavy rainfall.

It’ happens every time in some areas, such as the LZ1 in Tahiche, Calle Manolo Millares in Arrecife, the Puerto Naos area and the Cuatro Esquinas zone of the Charco de San Ginés. Drains overflow, often bringing sewage into the streets, and the smell lingers for days afterwards.

Barrancos that channel inland rains into the sea were rapidly converted into raging torrents, and the Barranco del Hurón in Costa Teguise soon turned the bay of Playa Cucharas reddish-brown as soil was washed into the ocean..

Meanwhile, in rural areas the rainfall was welcomed. This was “lluvia buena” – good rain, which falls in enough quantities to soak the soil deeply and feed plants that have waited for a good drink since a short shower during lockdown in April.

And, as usual after a shower on Lanzarote,  rainbows soon bridged the volcanoes and hills, which will shortly be putting on their winter coat of green.