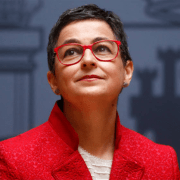 The British government’s decision to introduce mandatory 14-day quarantine restrictions on all visitors returning from Spain has been greeted with a huge wave of anger from tourists, residents and the travel industry.

Hundreds of thousands of visitors who are already in Spain will face the prospect of two weeks quarantine on their return, which will be theoretically enforced by the possibility of £1,000 fines (no fines have actually been recorded by any British police force since the UK’s lockdown began).  Two million more people who have booked for this summer face the prospect of losing their holiday and, perhaps, their money.

Jet2 has urged customers to continue taking their flights and, in an unprecedented decision, has so far refused to cancel its flights to mainland Spain – a move which has been interpreted as a furious rejection of the UK government’s decision. Jet2 said: “We are still operating flights and holidays to four destinations in mainland Spain (Costa de Almeria, Alicante, Malaga and Murcia), which are open and are located away from areas which have been impacted by increased cases of Covid-19.”

Ryanair called the quarantine decision “regrettable” and has also shown defiance by not cancelling any of its flights to Spain.  TUI cancelled flights to mainland Spain on Saturday, but yesterday clarified that it would continue flying to the Canaries and Balearics, and urged holiday makers on the islands not to cut their holidays short.

Spain’s government opted for calm, polite denial of the UK’s justification for the measure The country’s Foreign Secretary, Arancha González Laya said yesterday that “Like every other European country we are seeing outbreaks. The outbreaks in Spain are perfectly controlled…Spain is a safe place for tourists and Spaniards.”

This is a direct contradiction to her British counterpart Dominic Raab’s claims that his government “would not apologise” for a decision based on a “huge jump in cases across mainland Spain.”

González Laya also said that she had been working with the governments of the Canary Islands and the Balearics to persuade the UK to exclude these destinations from the quarantine requirements, as they are still classed as safe for travel by the UK’s Foreign office.

Yesterday, the Guardian reported that a source from 10 Downing Street had rejected any amendment of the quarantine regulations to exclude the Canaries. However, the news update in question has since been removed.

In the UK, Labour’s shadow home secretary Nick Thomas-Symonds urged the UK government to introduce “smarter measures” at the border rather than a blanket quarantine for those returning from Spain.

Thomas-Symonds described 14-day quarantine as a “blunt tool” and criticised the government’s “chaotic approach” to applying it.

Make friends and discover Lanzarote on a bike!
Comment: UK quarantine decision is illogical and destructive