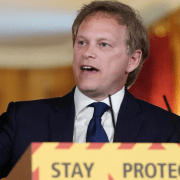 The United Kingdom’s shock decision yesterday to remove Spain from the list of countries exempted from quarantine requirements is paradoxical, illogical, crude and hugely destructive.

It is paradoxical because the Foreign Office has explicitly excluded the Canary Islands and Balearics from its updated advice to travellers to avoid visiting Spain. The British government, therefore, believes that both island regions are safe enough for British citizens to holiday on, but that anyone who does so is still enough of a threat to British citizens to face 14-days quarantine on return.

The decision is illogical because the Canaries and the Balearics, along with most other tourist regions of Spain, have performed far better than the UK in terms of tracking, testing and controlling the coronavirus. Most British tourists who arrived on the Canaries over the last weeks have left far riskier areas to spend their holiday in a much safer one.

The decision is crude because it penalises all of Spain for coronavirus spikes that are mainly restricted to non-tourist regions such as Lleida and Aragon. Recent talk of “regional air bridges” appears to have been abandoned, and the Independent newspaper has suggested that this sledgehammer approach may have been adopted just to keep paperwork easy. “The reason may simply be as banal as the Passenger Locator Form for arriving passengers being designed to deal with whole countries, not parts of them,” the paper wrote yesterday. Others have already started to wonder whether the decision has more to do with keeping money in the UK than safety.

And the decision is undoubtedly destructive. One of the immediate results was TUI’s announcement that it would immediately cancel all flights from the UK to Spain; but it is likely to have many more repercussions on the transport and tourism sectors, as well as thousands of dependent businesses and jobs.

No cabinet minister took charge of the announcement, which was posted on the Department of Transport website on Saturday evening. The actual Secretary of State for Transport, Grant Shapps, is reportedly in Spain and may be subject to 14 days quarantine himself.

If he does have to isolate,  Mr Shapps will have the sympathy of a previous Conservative Minister for Transport, Theresa Villiers, who told the BBC earlier this month:  “So far this (quarantine) policy has caused damage to the travel industry, and inconvenience for holiday-makers” and said that the quarantine requirements that had been in place during June were “not worth it” because there was “no evidence of the policy working effectively to cut Covid risk.”

The BBC report also revealed that no UK police force in England, Scotland or Northern Ireland had ever issued a single fine for the breaking of quarantine regulations.

The Spanish government appears to be so furious by the decision that it has not issued a formal statement yet. The Canarian government, however, has acted rapidly, with President Ángel Victor Torres immediately demanding a revision of the restrictions, and Canarian Tourist Minister Yaiza Castillo contacting British Ambassador Hugh Elliot to request more details.

We’ll also be chasing a more detailed justification of this decision from the British authorities this week, and we very much hope to receive one that convinces us that the best health and economic interests of British citizens both here and in the UK have been taken into account.