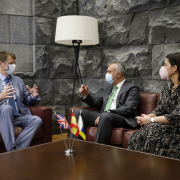 President of the Canary Islands, Angel Victor Torres, met with the British Ambassador and Vice Consul in Tenerife regarding the return of British tourism in 2022. 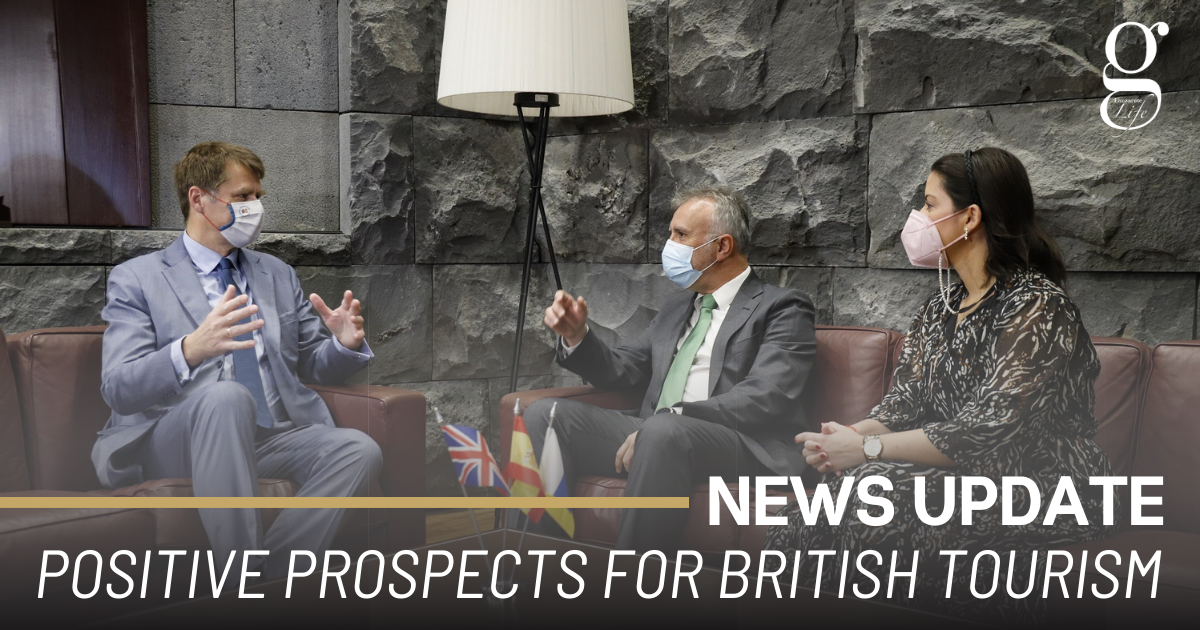 Yesterday morning, Angel Victor Torres held a meeting with British Ambassador, Hugh Elliott, and the vice-consul, Helen Keating. A meeting in which both parties discussed and analysed the changes in British tourism over the years, and above all, “the very positive prospects” that, in 2022 the islands will move closer to pre-covid levels of British tourism.

The meeting reinforced Torres’ stance that 2022 will see the islands recover 90% of the visitor numbers seen in 2019, with which British tourism can once again exceed five million tourists annually.

Torres values the empathy of the British Ambassador, “who always provides help with any need that the islands have, with phone calls or physical meetings.”.

“During the pandemic we have introduced restrictions, but now in February 2022, the circumstances are different. The sixth wave in Europe and the Canary Islands is easing. We have removed previous requirements regarding vaccinations for British children, which have opened prospects for the following months”, Torres added.

Although Torres shared his optimism for the year, he is aware of the possibility of setbacks and warned that tourism recovery depends on whether a new wave arises.

British Ambassador, Hugh Elliott, shares Torres’ optimism, “because tourism recovering and returning to the Islands, which is very positive.”. Elliot also highlighted the excellent relations between the British and Canary Islands as, “a bond that has lasted for centuries”, and hopes that the effects of Brexit and the pandemic will not deter British tourists.

Elliott stressed that they have always understood and respected the restrictions adopted by both the country and regional government, regarding the prioritisation of health during the pandemic.