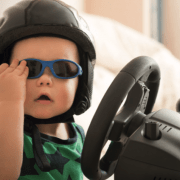 The American Association of Clinical Neurology has called for helmets to be obligatory for car drivers, after a study has shown it could cut road deaths and serious injuries by 50%.

The helmet has already saved the lives of thousands of cyclists and motorcyclists, and a study by Adelaide University has claimed that almost 50,000 European road users die of cranial injuries each year.

Any law making helmet use compulsory would be likely to receive an avalanche of criticism from motorists who claim it will limit their freedom. However, similar arguments were used by British motorcyclists before helmets were made obligatory in 1973 while the safety belt, which has saved millions of lives, was also widely rejected at first.