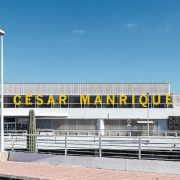 A child who arrived on a patera (boat carrying migrants) last Thursday has tested positive for coronavirus.

The patera was detected 20 miles off the Lanzarote coast on Thursday morning and intercepted by a Salvamar maritime rescue vessel.  48 people were on board, including 14 women and five children, and the migrants were placed in quarantine in an adapted warehouse in Arrecife or in children’s centres.

After tests were carried out, one child found to be suffering from coronavirus. This is despite the fact that Morocco has operated one of the world’s strictest lockdowns since the crisis began, and the regions from which pateras generally set out have registered extremely low official figures for the virus.

The incident means that the amount of active cases on Lanzarote remains at three, after the patient who broke quarantine to board a flight from Madrid last week tested negative. This man had previously given a positive result that triggered the full-scale emergency response on Lanzarote, but appears to have now recovered from the virus.

Two other patients in the Dr José Molina Orosa Hospital have tested negative but are classed as active cases because they have not yet been discharged.

All 140 passengers who were on board the Madrid-Lanzarote plane last week have now tested negative. Iberia Express airline said that this showed that “the safety measures work and that flying remains a very safe way to travel, regardless of Covid-19.”

This statement was backed up by the Airline Association (ALA), the oldest airline association in Spain, whose members includes more than 80 national and international airlines operating in Spain. It welcomed the results from Lanzarote , and said “this confirms that the risk on board an aeroplane is minimal, and that, if a  case is detected, the protocols work.”

“People can fly safely in the knowledge that risks are minimal,” said the ALA, which has also issued an information sheet claiming that air in aeroplane cabins is continually filtered and replaced every two or three minutes.”

As Europe starts to plan a return to tourism, it is clear that the safety of air passengers will be one of the major factors in convincing people to fly abroad once again.

Meanwhile, a second  person has been evacuated from La Graciosa with possible coronavirus symptoms. Test results are expected today. The suspected case happens exactly a week after another man was evacuated from the island and eventually tested negative.