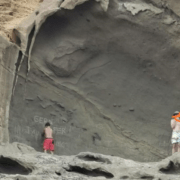 Ariagona González,  the councillor in charge of Heritage and Biosphere at Lanzarote’s Cabildo, said yesterday that measures would be taken to remove the names that youngsters recently scratched onto the side of the protected Montaña Amarilla, in La Graciosa, and reminded islanders to set a good example to visitors. 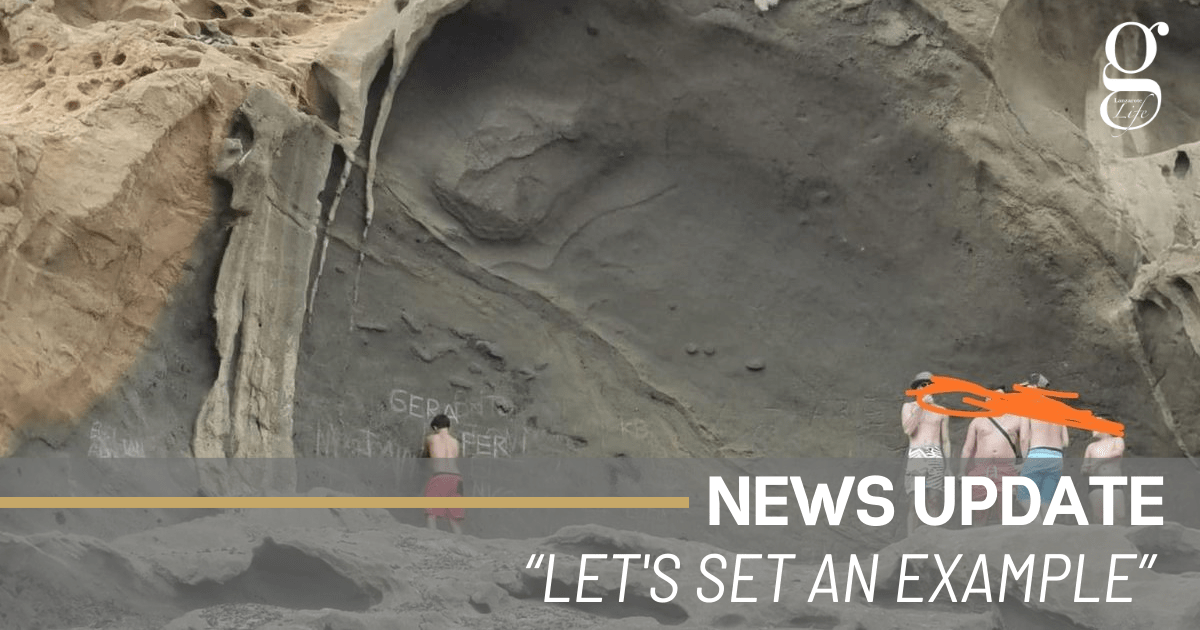 Montaña Amarilla is a weird and beautiful bonfire-toffee yellow and chocolate-brown volcano on La Graciosa that overlooks the La Cocina beach. Most of the mountain is covered in lava, but a cave by the entrance exposes softer rock, and it’s here that a boy was photographed last week  scratching names into the rock while four of his friends looked on.

González told Radio Lanzarote that the cave  would be “renovated”, explaining that there were other, earlier, names scratched into it, too. “If one person scratches a name on the wall, others will do it, too,” she said.

The councillor said that efforts would be made to increase vigilance of the area, and that raising consciousness would be backed up with punishment. “We want to educate people, but if that doesn’t work, we’ll fine them,” explained the councillor. “Being hit in the pocket may hurt more than appealing to the conscience.”

La Graciosa is not the only place on the island where people have defaced geological features by scratching their names. The strange lunar columns and pillars at the abandoned rofera on the LZ-404 from Teseguite are also gouged with several names, and many other island landmarks that are not permanently guarded have also been vandalised.

González referred to this broader problem, saying “We are at a time when we have the island full of visitors and, after the bad times that we’ve had with the coronavirus, we’re all happy that they’re coming to visit us. But it’s also true that the more people we have, the more we have to take special care and set an example so that visitors learn that in Lanzarote you park correctly; you don’t throw litter; you do civic-minded things as if you were at home.”

As for the lads who vandalised the cave on La Graciosa, finding them shouldn’t be too hard given that they wrote their names in foot-high letters but González said that an official complaint would need to be made by the witness before anything could be done.

Passing the test
Sun beds up for bids