A walker and a hunter have discovered ancient remains dating from long before the Spanish conquest of the Canaries. 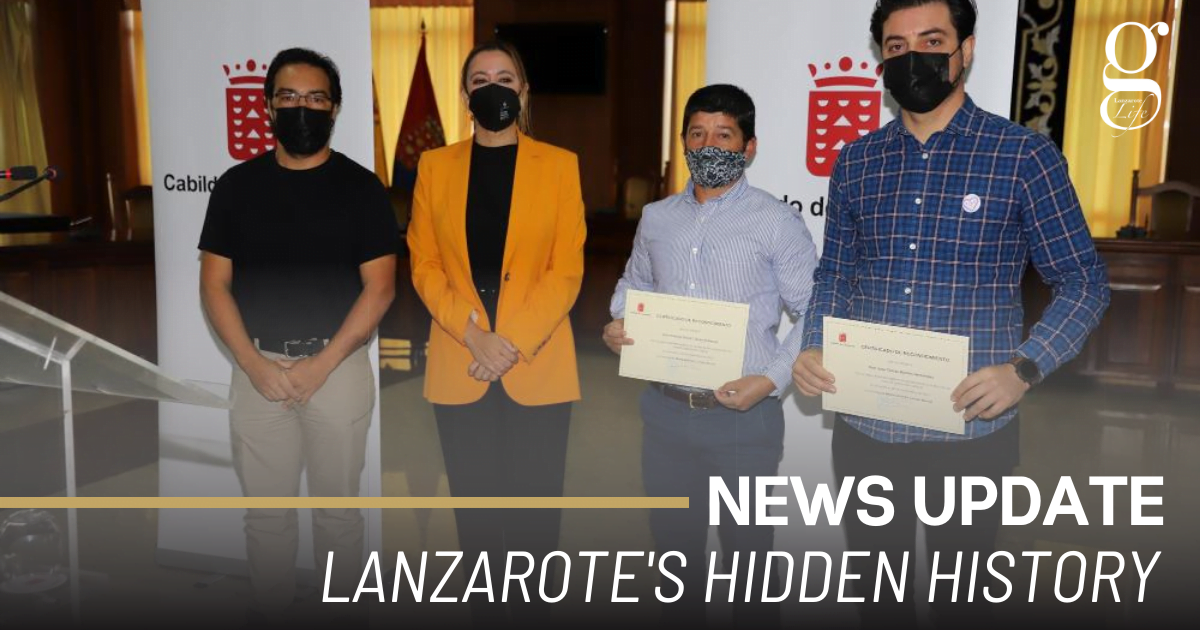 In April, walker José Tomás Machín was exploring the cliffs of Famara when he discovered a difficult-to-access cave. While clearing rubbish away from it, he found shards of pottery and what turned out to be ancient human remains.

Ricardo Cabera, the island’s heritage inspector, has confirmed that the remains belong to at least three people and are related to burial practices dating to the 4th century AD – a thousand years before the Canaries were conquered in the name of Spain.

Further remains were found in October by David Clavijo, who was hunting in the region of the Barranco de Tenegüime, the picturesque valley that lies between Los Valles and Guatiza. Clavijo found various bones which, although they have not yet been accurately dated, have also been confirmed by Cabildo experts to be pre-Conquest.

Cabildo President María Dolores Corujo congratulated the two discoverers at an event on Tuesday, while announcing that archeological working days will take place at the Casa Cerdeñas in San Bartolomé from the 9th to 16th December.

Ricardo Cabrera also congratulated the two discoverers, saying that they showed “that our heritage belongs to all of us.”

What’s On in Lanzarote in November
A helping hand