Lanzarote has been taken down to Level 1 of the Canarian Government’s Covid alert system after just a week at Level 2. 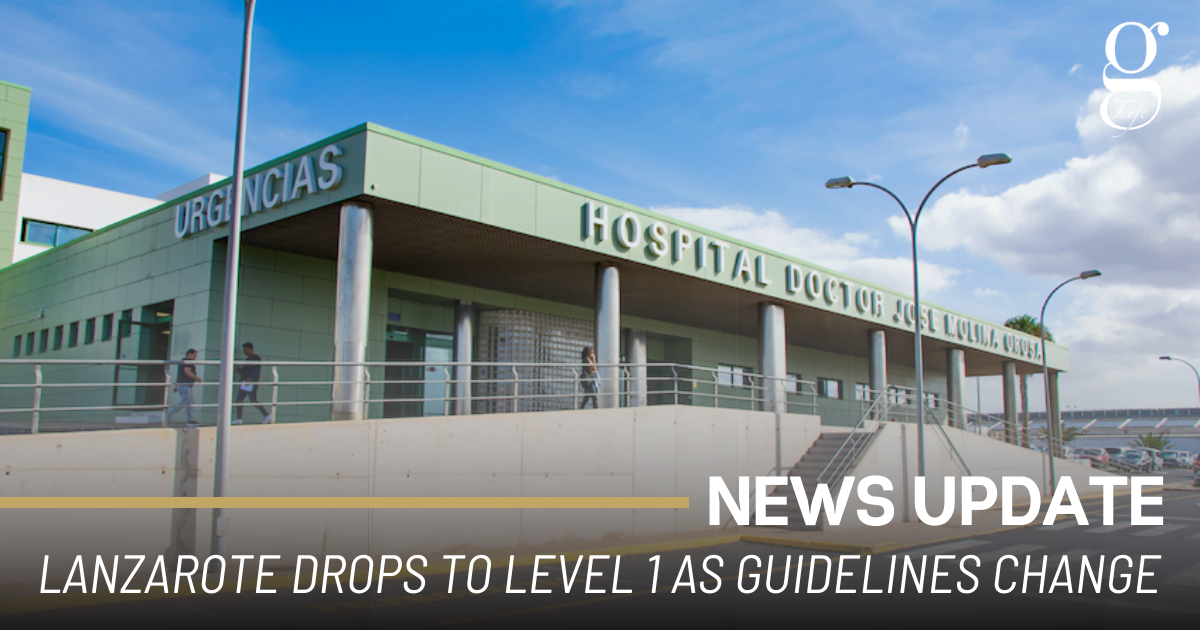 The decision was made to reflect recent relatively stable figures and the absence of pressure on hospitals under new risk guidelines. However, over on Fuerteventura, a continued increase in new cases saw the island’s level raised from 2 to 3 – “high risk”.

Lanzarote’s drop from Level 2 back to Level 1 will mean little to most residents and tourists, but will permit bars and restaurants to increase their capacity and open later.

Despite increasing cases, Tenerife and Gran Canaria remained on Level 1, mainly because Spain’s Public Health Commission has recently raised the thresholds relating to hospital occupancy. Another indicator has been added to reflect intensive care admissions within the last 7 days.

There are currently nine cases on the Covid ward at Lanzarote’s José Molina Oroso Hospital, and no one in intensive care, This means that pressure on the health system on the island is classed as very low risk, or “under control.”

Meanwhile, the Canaries is following other regions and countries in tightening up requirements in order to avoid a repeat of last Christmas, which triggered the most deadly wave of the pandemic. On December 1st, the Canarian Health Service set up stations at airports where arriving passengers from Spain and international flights may be required to present the QR code issued on completion of Spain’s Travel Health Form (STHF) or required to answer questions about their health.

Also from December 1st, UK tourists over the age of 12 can longer rely on negative tests after Spain insisted on the presentation of vaccine certificates only. The rule has placed the seasonal holiday plans of many parents of British teenagers, who are not yet fully vaccinated, in jeopardy. The rules exempt essential journeys, such as business, urgent family matters or residents returning home.

The Omicron variant is not yet a major concern on the Canaries, where there have been no confirmed cases at the time of writing, although analysis of samples belonging to two men who tested positive after recently arriving from South Africa is underway.