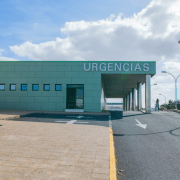 Lanzarote experienced its first coronavirus death yesterday. The victim, who passed away in Arrecife’s Dr Molina Orosa Hospital, was described as a 71-year old German man who lived in the municipality of Yaiza. Lanzarote’s Cabildo and the Ayuntamiento of Yaiza have both expressed their deepest condolences following the sad news.

The last few days have seen coronavirus cases rise sharply on Lanzarote and in the Canaries. Whereas only three cases had been registered on Lanzarote a week ago, there are now 13, with three of those cases resulting from the Las Cabreras old people’s home near Tahiche.

Meanwhile, the Canary Islands saw its total of cases rise by 100 on the previous day’s figure, while the total of deaths on the island increased by five to 16, with Tenerife once more suffering worst.

While they are dismaying, such an increase in cases had been predicted and does not mean that the quarantine measures are not working. The incubation period of the disease means that it is highly likely that sufferers contracted it before the lockdown, and a number of victims have been health workers who have had professional contact with carriers. The Spanish government has stated that it finally expects to see the quarantine measures start to have an impact on the figures by the end of this week.

Later today, Spain’s Congress is likely to vote to extend the emergency measures for a further 14 days, until the 11th April. Interior Minister Fernando Grande-Marlaska said “It’s too early to think of the scenario after 11th April, but I’m confident that we’ll be able to lift at least some of the restrictions by then.”