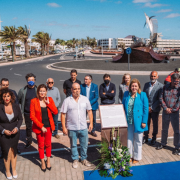 The new sculpture located at the roundabout at the entrance to Lanzarote’s Marina has been completed and unveiled. 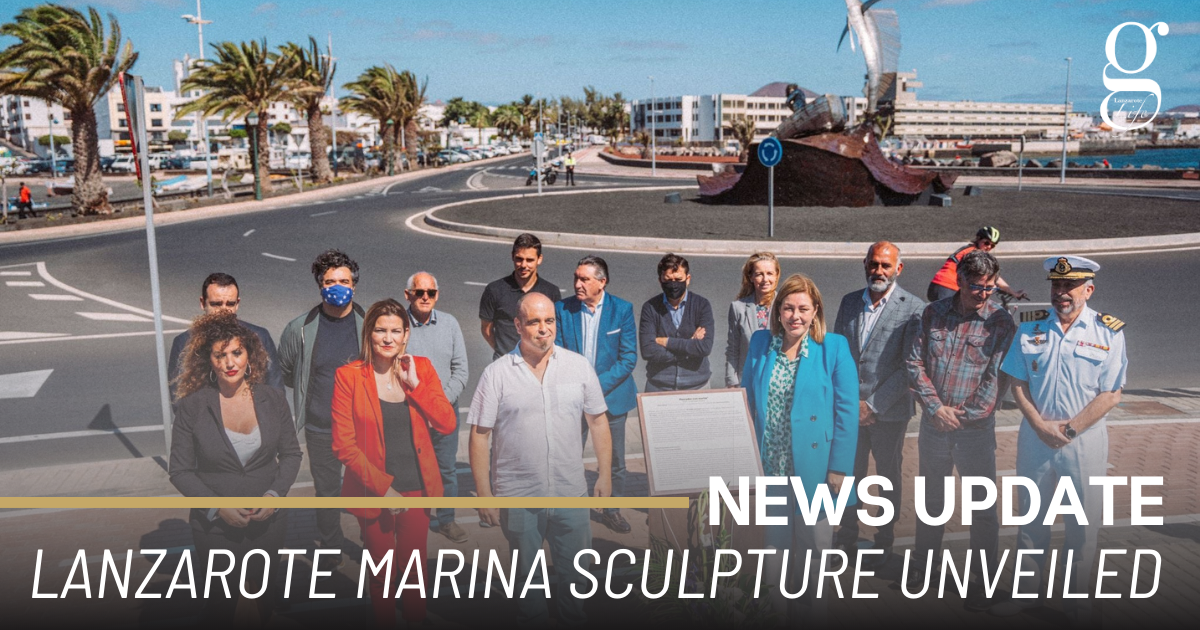 The Mayor of Arrecife, Astrid Perez, lead the presentation of the new sculpture, designed by local artist Jorge Isaac Medina, this week.

The Fisherman with Marlin by Jorge Isaac Medina represents a scene from The Old Man and the Sea, Ernest Hemingway’s classic novel of a duel between a fisherman and a huge marlin.

The protagonist of Hemingway’s novel, Santiago, is believed to have been based on Gregorio Fuentes, who Hemingway contracted as a skipper and who became his companion on his several voyages around Cuba.

Gregorio Fuentes was born by the Charco de San Ginés in the fishing barrio of Valterra, Arrecife, but left the island at the age of six with his father, who was looking for better prospects in Cuba. On the journey to the Caribbean his father died, and the boy had to live off charity when he arrived.

The sculpture can be found is an impressive 7 metres tall, made from iron and steel with a concrete base. You can find the sculpture on the roundabout between the Charco and Lanzarote Marina.