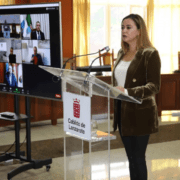 As Lanzarote recorded a record daily total of Covid-19 infections yesterday, Cabildo president María Dolores Corujo warned “the figures are much more worrying than they were in summer.” 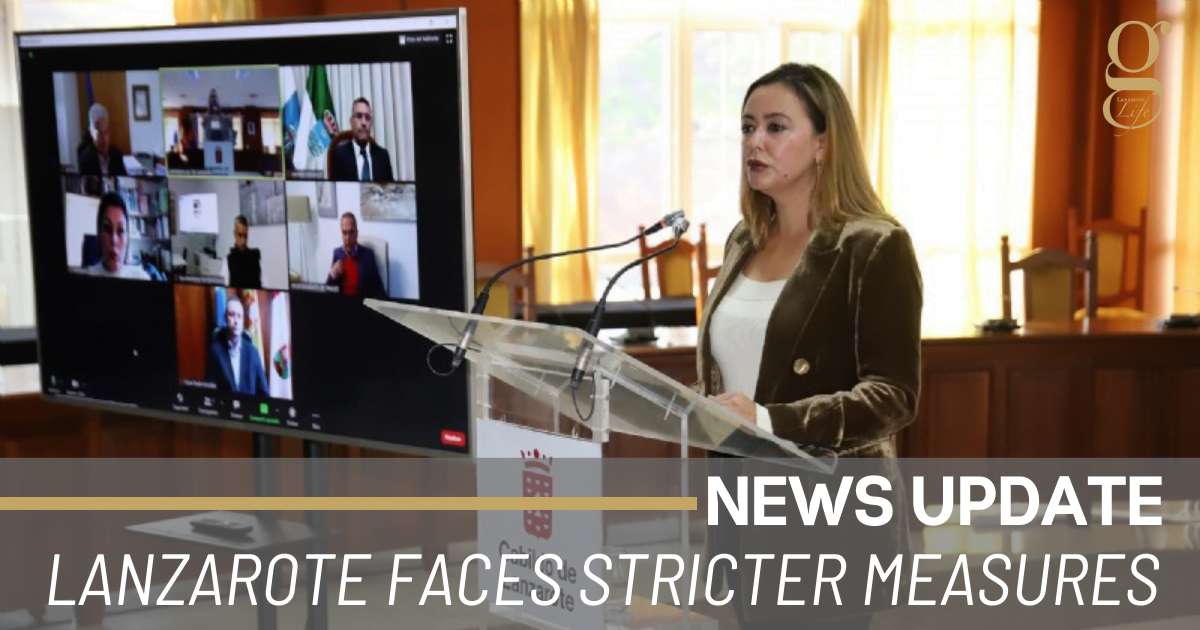 83 cases were reported yesterday, the highest daily total Lanzarote has yet experienced. The island now has  has 397 active cases, and at the current rate of infection, looks likely to pass early September’s second-wave peak of over 500 cases within a couple of days. However, what is most worrying, according to Corujo, is that at least half of the recent cases involve people over 65 years old – one of the most vulnerable groups.  The second wave in summer was dominated  by infections among younger age groups, who generally suffered few or no symptoms and recovered rapidly.

Corujo said that Tías was the “most worrying” municipality, and that  67% of cases there had been registered in the over-65 age group. Arrecife is not far behind, with 64%, while  San Bartolomé (60%) and Yaiza (55%) also have large proportions of elderly Covid cases.

Corujo said that the Covid ward at the Dr José Molina Oprosa Hospital was 46.7% full and another ward was being prepared.The intensive care unity is currently 30% occupied.

Corujo also warned the island to expect more of the same. “The cases we’re registering now correspond to contacts from the beginning of the Christmas holidays,” she said, “In the next few days the cases that occurred during New Year and Three Kings Day will emerge. Whatever we do now, these figures will continue to increase over the coming days.”

Nevertheless, Corujo also stressed that it would be possible to control further infections if we act now. Consequently, the Cabildo and the seven Ayuntamientos yesterday agreed to cancel all leisure and sporting events on the island for the immediate future, as well as to close children’s playgrounds, social centres and other facilities, and halt visits to care homes.

It is also expected that the Canarian Government will raise the restrictions on Lanzarote from Level 2 to Level 3 on Thursday.  If the measures match those of Tenerife, this will mean leaving or entering the island without “just cause” will be forbidden, while a curfew will apply from 10 pm to 6 am and private and public gatherings outside of bars and restaurants will be limited to those who live together.

Passing the test
“The third wave is here”

99 problems (but a pitch ain’t one)
Scroll to top