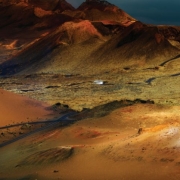 Lanzarote has always inspired creative thinking. Over the years many projects have been dreamed up to transform the island, but only a handful have ever become reality. Here are some of the big ideas that never came true, or remain to be realised. 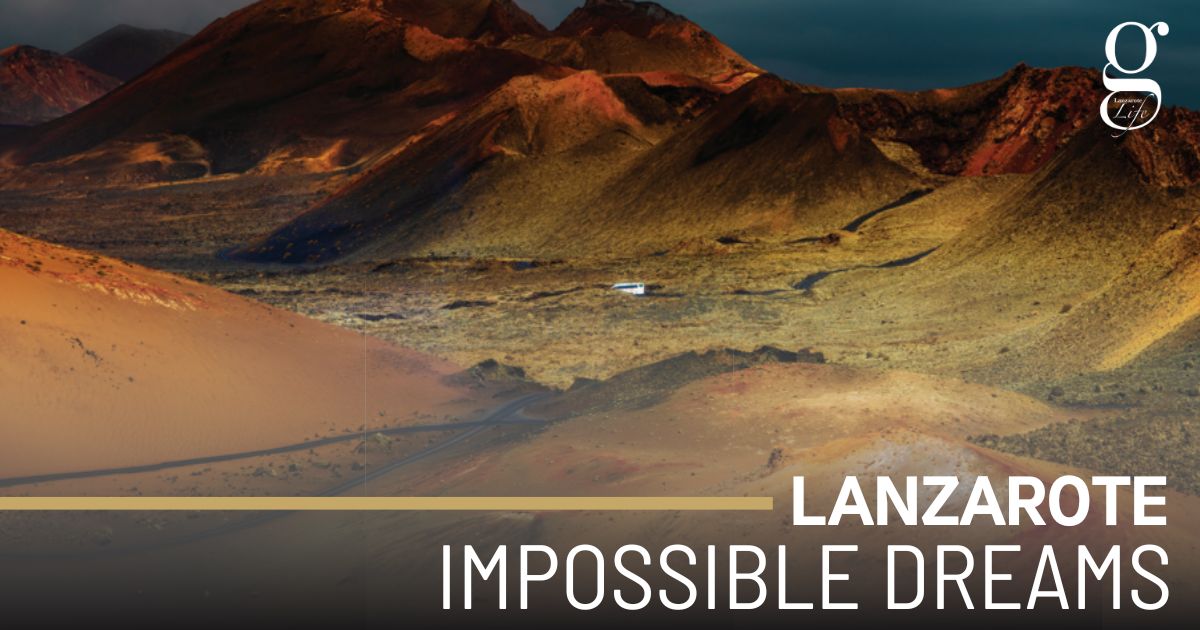 A Bridge to Fuerteventura

The idea of a bridge across the Bocaina Strait connecting Lanzarote to Fuerteventura has surfaced every now and again, and Fuerteventura’s Cabildo even commissioned a feasibility study into such a project a few years ago.

Behind the concept is the idea that a road link between the two Eastern islands would create a new “Eastern Axis”, unifying business and tourism on the two islands.

The bridge would also be a hugely attractive prospect for local construction firms, which hold a lot of sway on Fuerteventura. However, Lanzarote has shown virtually no interest in the idea, rejecting it on the grounds of visual and environmental impact.

Fuerteventura has also considered a tunnel between the two islands, estimating that the cost of the drilling would be just over a billion Euros. Once again, Lanzarote’s response has been far from enthusiastic.

One of César Manrique’s most amazing projects, which he dreamed up with his architect friend Fernando Higueras, was the City of Seagulls.

The houses were described as “Like colonies of mussels embedded in the cliffs of Famara, which are accessed by interior galleries without a sea-view, containing lifts that descend from the gardens that will be sunk into the lava of the clifftops.”

In their sketches for the project, Manrique is careful to indicate that La Graciosa “stays as it is”. This reflects plans by the Spanish government, which was considering developing the eighth island for tourism, with plans for 25,000 beds and an airport.

Like several other fascinating ideas that Higueras and Manrique dreamed up, the City of Seagulls never got further than sketchbooks, but the Mirador del Río reflects Manrique’s vision of a human building that blends into nature.

There have been several proposals to build railways on Lanzarote, almost always on the south-east coast of the island. One proposal involved linking the airport with Arrecife, while more ambitious projects have envisioned a link between Puerto del Carmen and Costa Teguise, taking in the airport, Playa Honda and Arrecife. None that we know of have ever considered extending a line further south to Playa Blanca and, more relevantly, none have ever got anywhere near becoming reality.

The history of other railway projects on Tenerife and Gran Canaria suggests that Lanzarote is likely to wait a long time for any such project. Despite grand ambitions and approved plans, all projects appear to be paralysed and the Canaries has no trains.

In 2017, the Podemos political party announced that engineer Carlos Soler had discovered a massive aquifer beneath the Timanfaya National Park. A later report in 2020 suggested that the aquifer was not only resupplied by rainfall every year, but also contained enough water to fulfil all of the island’s water needs.

Soler points to at least 912 natural springs in the area to support his theory that the volcanic eruptions of 1730-36 have formed an impermeable cap over the water deposits.

Since 2020, however, there has been no further news of any plans to research the aquifer further or attempt to exploit it.

Some rumours have been so crazy that they have survived long in local memories. Among them are the supposed plans for the uninhabited Isle of Lobos, which lies between Lanzarote and Fuerteventura.

As tourism increased in the late 60s and 70s, the island, which was property of the German entrepreneur Gustavo Winter, was marked out for development. The rumours included the possibility that Frank Sinatra wanted to acquire the island and build an international casino on it, or that a Disneyworld would be built there, with its own airport.

In the end, a few buildings were started for a botanical garden of desert plants, but this project was quickly abandoned. The island became a protected natural area in 1982.

Strapped in tight
Scroll to top