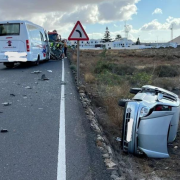 A spectacular crash between a minibus and minivan occurred yesterday on the LZ-35, in San Bartolomé, leaving four needing assistance. 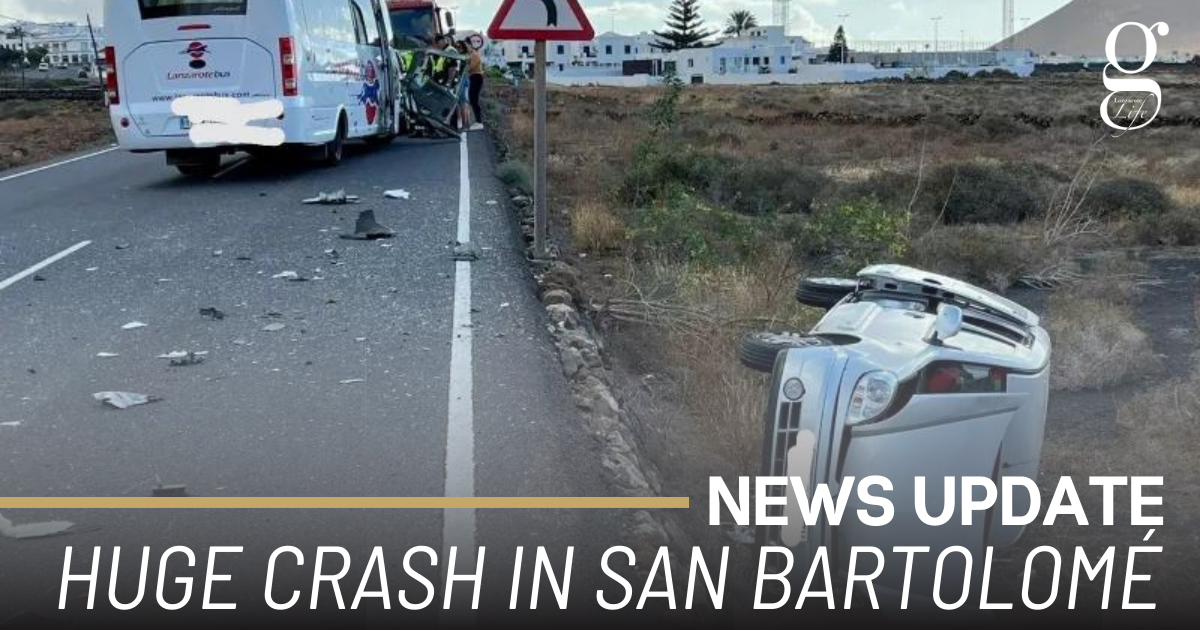 A huge crash occurred on the LZ-35 yesterday between a minibus and minivan. According to reports, both vehicles collided with one another which resulted in the smaller vehicle leaving the road and overturning.

Luckily the crash did not result in any passengers being crushed and trapped within either vehicle. Emergency services had to aid four of the passengers, including one 46-year-old woman and a 49-year-old man with shoulder pains.

Rescue personnel were able to remove the vehicles from the road, as well as any fuel spilled on the road.