Spanish Prime Minister Pedro Sánchez yesterday promised “We’ll soon be able to take off our masks outdoors”, shortly before a meeting of the inter-regional council on health issues failed to agree on a date for lifting the measure. 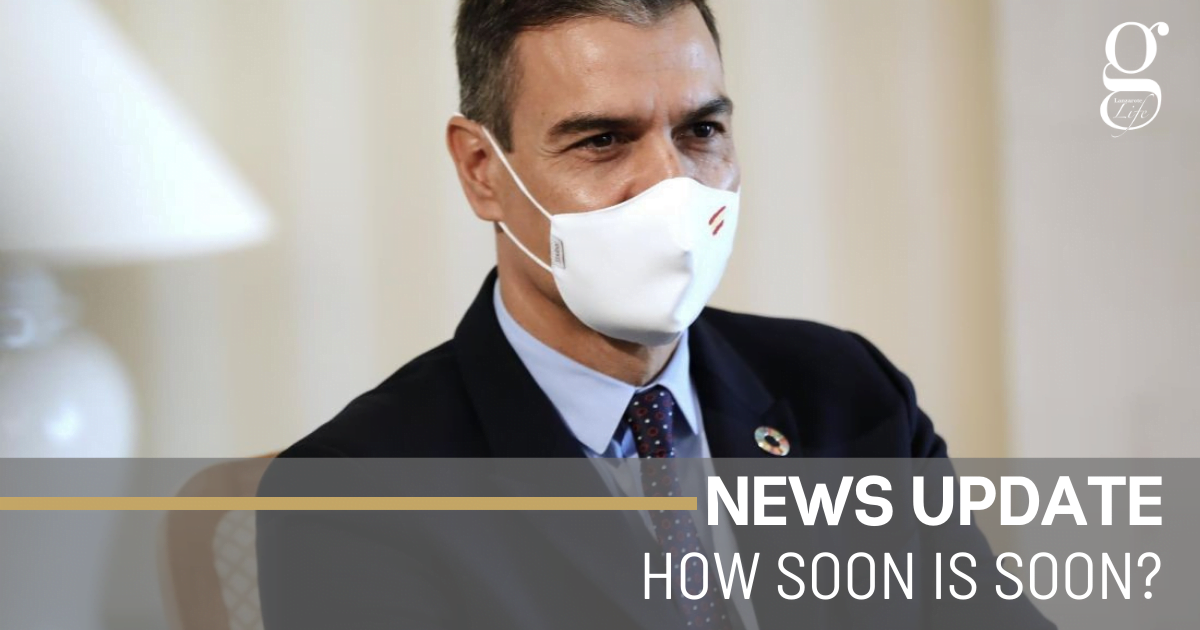 Sánchez didn’t specify a date for when the rule would be changed, but it is widely expected that it will take place sometime between Late June and early July.

Sánchez said that the mask rule would be relaxed due to the improvement of Covid figures in Spain and the fact that “we have reached cruising speed in vaccinations.” Spain is currently leading the EU in the total of vaccines administered, and all current indications suggest that the country will reach its aim of vaccinating 70% of the population over the age of 16 by early August.

Regions including Catalonia, the Valencian Community, Murcia, Castilla-La Mancha, Galicia, Madrid, Castilla y León, Aragón and the Balearics have all stated that they wish to see an early lifting of the mask law. However, other regions such as Andalusia, the Basque Country and Navarra believe it is too early and would rather wait until 50% of the population is fully vaccinated (the current amount is over 25%) .

After the inter-regional meeting, which was described as a “dialogue between deaf people”, failed to reach agreement on a date for the end of the current mask law,  Health Minister Carolina Darias said “We will soon be flexibilising the use of masks, as President Sánchez said, and will continue to work towards establishing a date for this.”

Darias did, however, indicate that the new mask law would apply nationally, and the situation of last year – in which regions were permitted to relax the use of masks in certain situations, e.g; on beaches  – would not be repeated.

The proposed relaxation of the law wis likely to return us to the situation of last summer, when masks were only compulsory indoors and in outdoor situations where social distancing cannot be guaranteed. Carrying a mask at all times will remain compulsory.

The Canaries has not committed itself on mask use at the inter-regional meetings, but two of the islands’ most influential experts, Amos García Rojas and Antonio Sierra, have stated that they would prefer to see a higher level of vaccination before measures are relaxed.

And breath…
Scroll to top