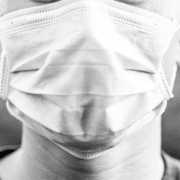 In just three months the coronavirus has utterly changed our world. Even now the speed and scope of recent events seem incredible, and the consequences are sure to be felt for years. Here’s a swift recap of the main events so far (from the April edition of the Gazette Life Magazine).

The coronavirus crisis started on New Year’s Eve 2019, when China informed the World Health Organisation about a strange pneumonia in the Chinese port city of Wuhan. The illness seemed to affect workers in the city’s seafood market.

Make friends and discover Lanzarote on a bike!
Health workers at risk

Adults to be let out for exercise from May 2nd “if all continues well.”
Scroll to top