The proposed cull of goats on the cliffs of Famara has been paralyzed following meetings between a livestock association and the Cabildo. 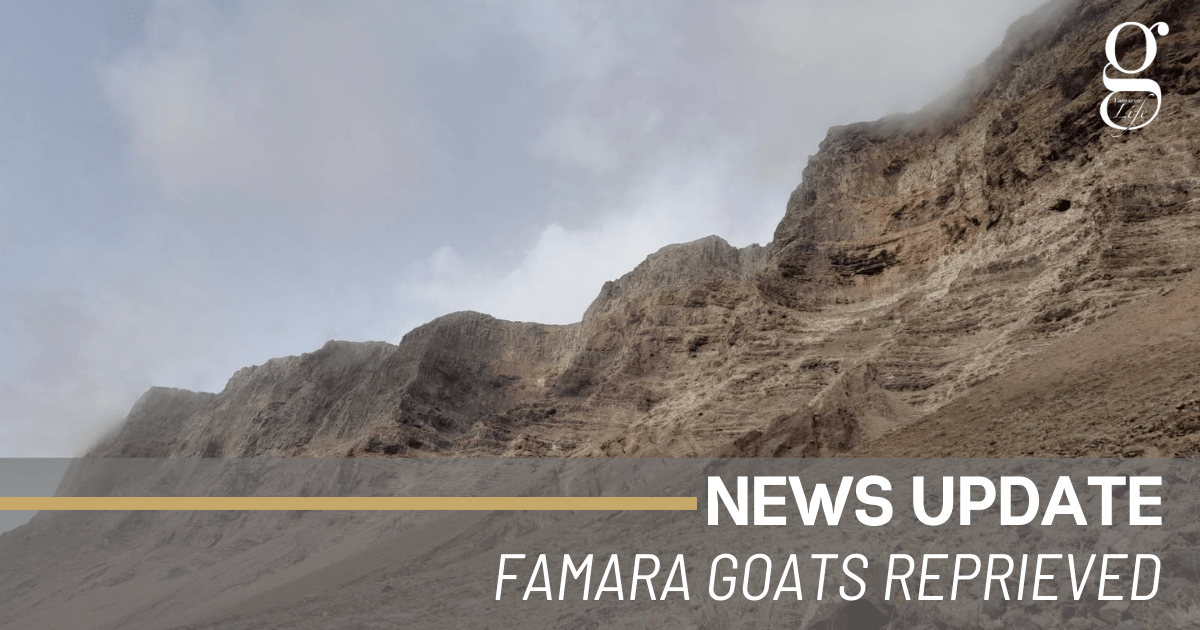 The Famara cliffs are the most varied ecosystem on Lanzarote, home to most of the island’s unique native species of plant. They are also home to a few dozen goats that live wild and can sometimes be seen by trekkers in the area. However, these animals have been identified as a threat to a new project to re-establish native plant species to the area.

Last Friday, the Canarian Government announced a project to reestablish these natural habitats on the cliffs. One of the conditions of the project was the “eradication” of goats and other herbivores from the area. This caused an outcry, with animal rights activists proposing a human shield on the cliffs to protect the goats.

However, after a meeting with the Cabildo yesterday, Julián Rodríguez Machín, the President of Lanzarote’s Livestock Association, Maramajo,  announced that the proposed cull of the goats had been paralyzed by the Cabildo. Machín announced “We’ve requested a series of meetings , but the goats will remain alive.  We’re going to study the situation, and we want to participate. It’s not for nothing that we¡re goatherds and know the territory better than the experts.”

Cabildo president María Dolores Corujo later confirmed that no aggressive methods would be used, and the project would be studied further. .

Machín is one of the experts cited by animal rights group Ademal, who contacted various goatherds, livestock experts, animal scientists and vets and have proposed a parallel project that will involve rounding up the goats and relocating them. They claim to have shown that “by carrying out a round-up of these animals we can gather them without harming them, in a responsible and ethical manner that is appropriate for a project formed by biologists and environmental experts.”

Tourists and bars cause concern
Scroll to top