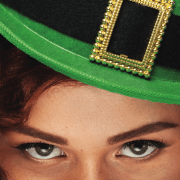 At the time of writing no positive cases of Coronavirus have yet been reported on Lanzarote.

However, other islands have not been so lucky. The islands currently have 46 cases registered: 31 on Tenerife, 12 in Gran Canaria, 2 in La Palma and one in Fuerteventura.

In order to brake the spread of the virus, the Canarian Government has introduced various measures, including the suspension or cancellation of any event that is likely to gather more than a thousand people within the next two weeks.

So far we can confirm that the following events have been cancelled:

In addition Lanzarote’s Cabildo has just announced the cancellation of all cultural, social and sporting events for a period of 15 days.

The Canarian Health minister, Theresa Cruz, has stated that, so far, the virus has been successfully contained on the islands. The origin of all cases has been accounted for, and the necessary preventive measures taken, she claimed.

It is important not to panic. If you have a cough, the likelihood is that it is not the coronavirus, especially given the recent calimas. If, however, you are worried about fever symptoms, and breathing difficulties, health services advise you not to attend local health centres or hospitals, but instead to call the free health line 900 112 061 or contact their local health line or clinic.

We’re already know that this is going to be a blow to Lanzarote’s economy, and the cancelled events will be a huge disappointment to many, but hopefully these measures will help protect the most vulnerable members of our society and bring this unpleasant episode to an end sooner rather than later.

In the meantime, enjoy the sunshine, go to the beach, nip out for a coffee and stay calm.

Make friends and discover Lanzarote on a bike!
“Perfectly prepared” for Coronavirus

School’s Out
Scroll to top