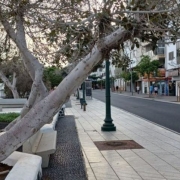 On the day that the Canarian Government gave the green light to a law protecting urban trees, Arrecife plans to get busy with the chainsaws. 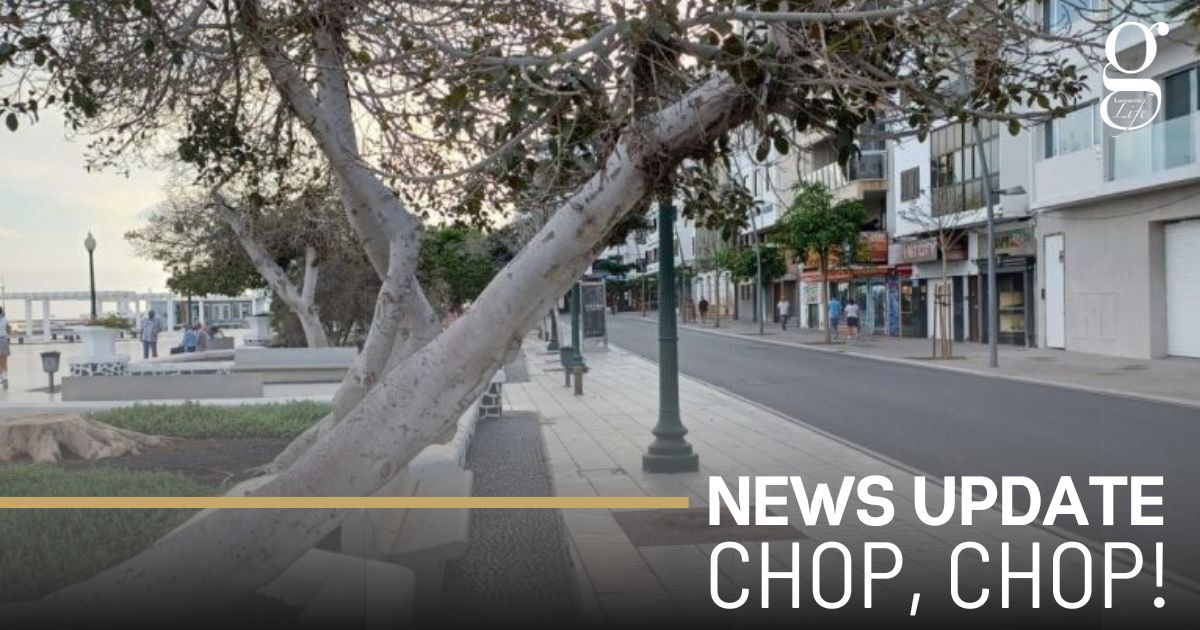 Lanzarote’s Cabildo has responded angrily to accusations by Arrecife Ayuntamiento that it has acted “irresponsibly” in relation to a tree on Arrecife seafront which has been judged to be at risk of falling.

The Ficus australis tree is located in the Parque José Ramirez Cerda, and has grown at an angle so that it is hanging over the road. It provides a shady spot for locals to rest, but branches have apparently fallen into the road in the past. Any action on trees in the capital would be carried out by the Ayuntamiento, but in this location it would also require prior permission from the Cabildo’s Heritage Department.

The Ayuntamiento last week accused the Cabildo of ignoring three requests to cut the tree down. However, the Cabildo claimed that the Cabildo was “inventing artificial conflict”, and said that it had acted as soon as the request came to its attention on 15th July. Authorisation to chop the tree down was granted yesterday. No other solution for the problem that might save the tree appears to have been proposed.

Coincidentally, the Canarian Parliament yesterday unanimously approved a proposal for a new law to protect urban trees. Domingo Afonso, who proposed the law, claims that 100,000 trees are under threat on the islands and was one of the most vocal critics of the decision to chop down a huge rosewood tree on C/Manolo Millares in Arrecife, which was removed in 2020 after complaints that its roots were damaging the pavement and plumbing.

The few trees on Arrecife’s seafront have had a tough time in recent years. The fig tree in question is surrounded by the visible stumps of several large monkey puzzle trees that were cut down in 2008 to prevent the mess caused by a colony of roosting egrets. Several more trees were chopped down more recently as part of the pedestrianisation of the seafront, (which has since been reversed). Plans to replace the trees have mostly failed to materialise.