Two weeks after carnival weekend, it now seems as though Lanzarote and the Canaries have managed to avoid a repeat of the huge increase in cases that followed the Christmas holidays. 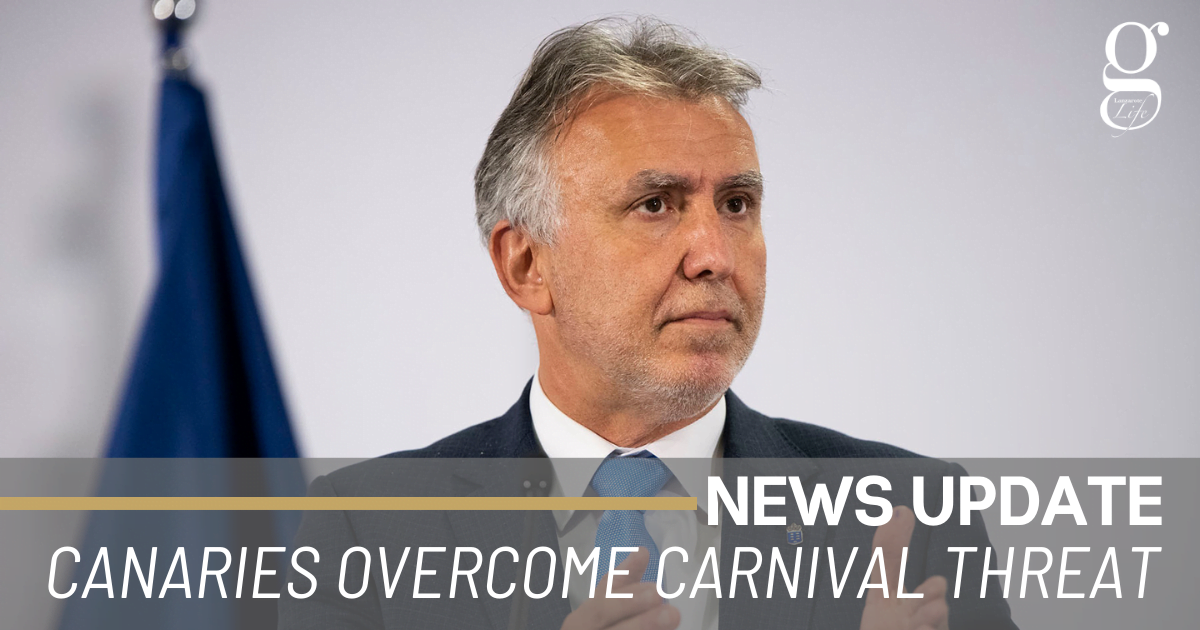 Yesterday, Lanzarote reported its lowest daily total of new cases of the year so far, with just six positive tests. The figures have remained in the teens all week apart from one alarming spike of 29 cases on Wednesday. However, there is no indication that this was a result of carnival parties.

Tenerife has seen its daily figures rise slightly, but this trend started before carnival cases would have had time to be registered.  Gran Canaria has seen a small increase whose timing suggests it could possibly be connected to carnival, but its daily figures are still lower than they were at the start of the month.

Very few carnival parties have been reported on any of the islands. The incident that received most coverage on Lanzarote, involving a local magistrate, was a family gathering rather than a carnival celebration. Meanwhile, police on the island have issued 50% fewer fines in February than they did in January.

Lanzarote’s Chamber of Commerce recently stated that “Lanzarote and La Graciosa have shown good behaviour in recent weeks” and criticised the Canarian Government’s decision to keep the island in Level 4 until March 4th.  This decision was based on indicators such as intensive care occupation and the infection rate among over-65s that reached “very high risk” · levels for just one day last week – unfortunately, this was the day on which the government based its decision.

Current trends mean that Lanzarote is highly likely to reach Level 3 on Friday, and may soon satisfy the requirements to enter Level 2. However, there are more risks ahead and the Canarian Government has already asked the Spanish government to introduce measures for Easter, at the start of April.

In the Canaries, Easter is largely a religious affair, with masses and some parades, but is nowhere near as culturally significant as the huge Semana Santa events in mainland towns such as Seville and Zamora. The risk here is not posed by parties and celebrations, but by the prospect of a week’s holiday.

Many Spaniards travel to visit family, or just for a break, during Easter week. In a country that does not have half-term school holidays, it offers one of the few opportunities to do so between Christmas and summer.

Canarian President Angel Victor Torres said on Friday that holidays “posed greater risk” because the virus is easier to control when people are at work and children are at school. Torres called for national measures to deal with the threat without specifying which ones, although the fact that he appealed to the national government suggests that travel restrictions within Spain are what he has in mind.

The conclusion is inevitable: don’t make too many travel plans for Easter.