Work on the seafront cycle path between Arrecife and Costa Teguise is still awaiting final approval, which the Ayuntamiento hopes will be given by this month. 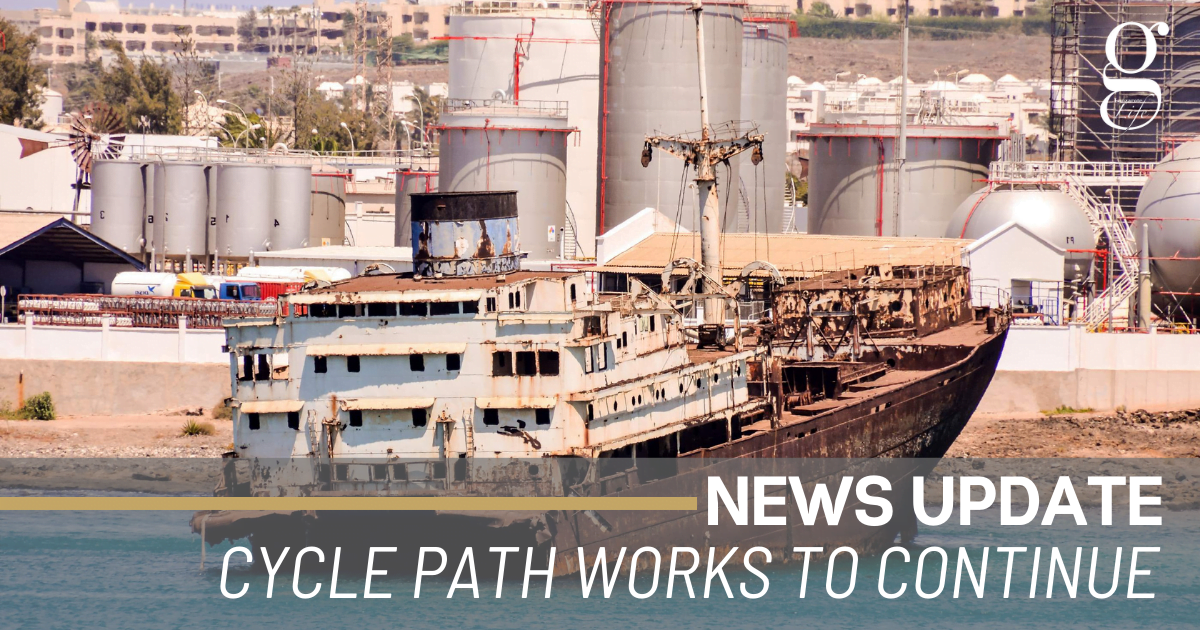 Olivia Duque, Teguise’s planning councillor, said that once favourable technical reports are received, the works will just need approval at a council meeting.

The project to create a continuous foot- and cycle-path leading from Costa Teguise to Puerto del Carmen will , it is claimed, create the longest seafront promenade in Europe, measuring 26.6 kilometres.

The stretch between Puerto de Los Marmoles and Las Caletas has proved to the one of the most difficult parts of the project. This area of the coast is home to the power station, the desalination plant, the Punta Grande wind-farm and the wreck of the Telamon, and has only ever been served by a fairly busy single carriageway road and a dirt track.  However, work on the Arrecife side is now well advanced.

The Lanzarote Chamber of Commerce has asked companies in the area – Disa, Unelco Endesa and Canal Gestión – to plant trees and take other measures to try and beautify one of the most industrialised zones of the island.

Other challenges remain: parts of the path in Puerto Naos require urgent maintenance, and  last year’s decision by San Bartolomé Ayuntamiento  to close the Playa Honda beachfront to cycles will complicate matters for cyclists seeking a clear run between the island’s two oldest resorts.

But the main objective currently is to free up the route to Costa Teguise, keeping cyclists and pedestrians away from busy, dusty roads that they have been forced to take due to the absence of any alternative.

There is also the possibility that the route will open up new areas of interest to tourists. Las Caletas and Punta Chica contain some of the best preserved saltworks on the island; Playa de Las Arenas near Arrecife is next to the lava flow that reached the southern coast in 1734, and, until it is scrapped the Telamon’s wreck remains a hugely popular photo opportunity.

Lanzarote in Level 3
Scroll to top