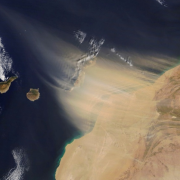 Forget about washing your car or putting your washing out – it’s calima time. 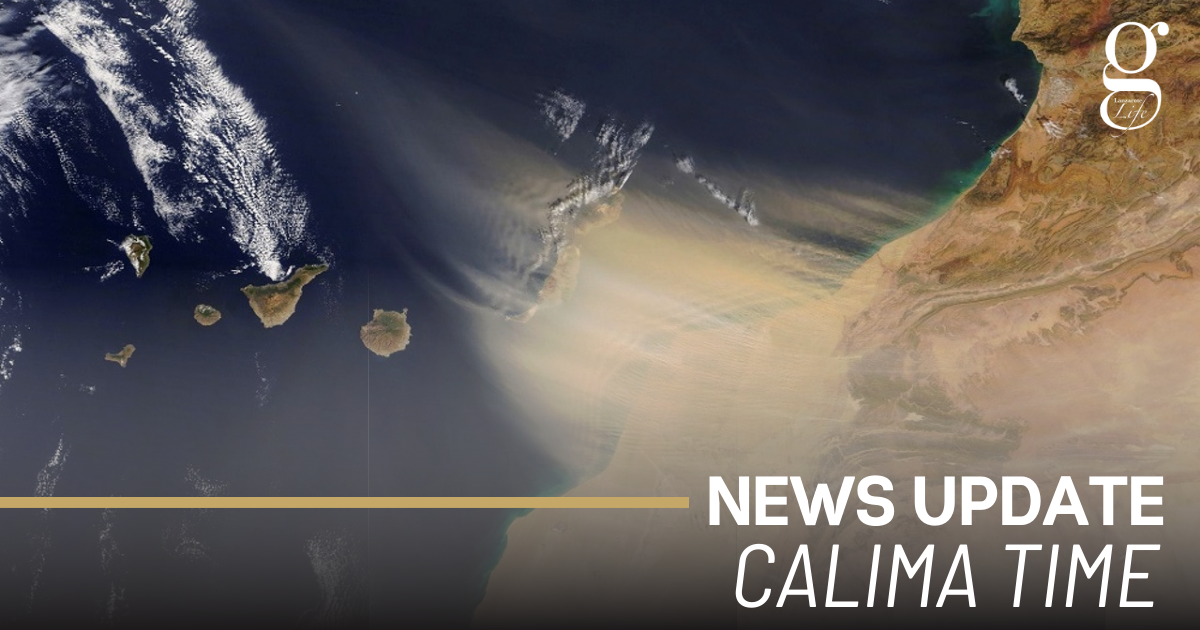 If you’re on Lanzarote right now you’ll have seen it – a blurry haze that wipes out the horizon and lets you look directly at the sun. You may even have tasted it – a powdery, earthy feeling in the mouth.  It’s called a calima, and we’ve had more than our fair share this year.

Calimas occur when the wind direction shifts to an easterly or south easterly direction, bringing clouds of airborne dust over from the African mainland. Usually, Lanzarote’s wind comes from the north and north-east, a prevailing wind called the alisio which is part of a vast weather system influenced by the Azores High.

The Azores High is an area of high pressure near the Portuguese islands of the Azores which causes a huge clockwise movement of winds in the Atlantic. It is responsible for the trade winds that carried countless boats to America in the days of sail, and on Lanzarote it is generally associated with fine, dry weather.

However, when it weakens, other weather systems can take over, such as easterlies from Africa or south-westerlies from the Atlantic (which often bring rain and storms). It is not yet clear what effect global warming might have on the Azores High other than that it is becoming less predictable.

Calimas usually bring hot weather, although recent ones have been much chillier than usual. The current calima is predicted to last over the weekend.

The worst calima of recent years occurred just before the coronavirus lockdown in March 2020 and is thought to have reduced cases of the disease on the islands by forcing people to stay indoors.

The Canarian Government usually issue recommendations during calimas, and these include advice for the very young, the very old and those with breathing problems to stay indoors and keep their windows closed. You may also find those face masks useful if you’re going out.

The calima is likely to remain for the rest of the weekend, and prediction are that it will finally clear by Tuesday or Wednesday next week, when we’ll see a rise in temperatures and possible rainfall.

Airport updates
A calima is coming!