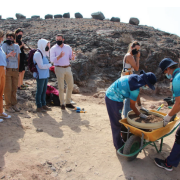 Playa Mujeres is the largest of the spectacular chain of beaches known as Papagayo, on the southern tip of Lanzarote. And just behind the beach is where one of the most important archeological discoveries of recent years was made last year 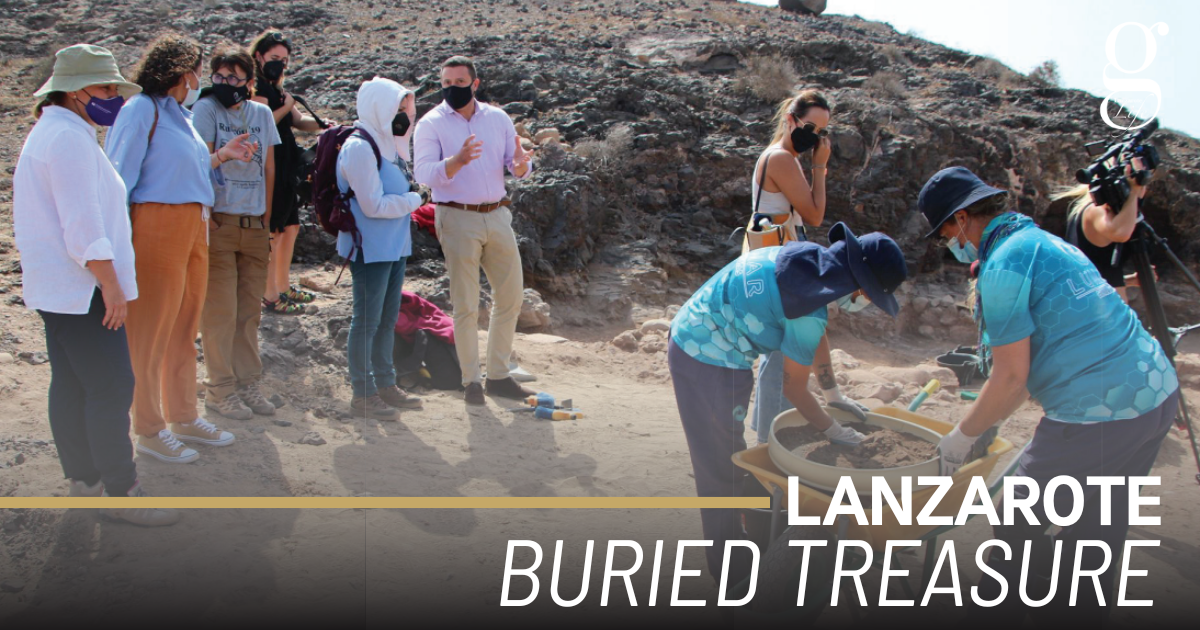 Behind Playa Mujeres is the archeological site known as San Marcial de Rubicón – the first settlement established on the island after French conquistadores set foot on the island of Lanzarote, and the site where the oldest coins ever discovered on the Canaries were unearthed last year and presented to the public last month.

Eight of the coins are “crowns” minted in the reigns of the Castilian Kings Enrique II “The Bastard” and Enrique III “The Infirm”, the latter of whom was on the throne in 1402 when the conquest of the Canaries commenced.

But what has really excited researchers is a mark found on all the coins which resembles a letter B in the gothic style. Historical sources have already stated that King Enrique III granted the Norman mercenary Jean de Bethencourt the right to mint coins on the islands, something he was only prevented from doing by the absence of metals on the islands.

Researchers speculate that the mark might mean that Bethencourt did, in fact, exercise his royal prerogative to issue coins bearing his initial. One thing is certain – no similar discoveries have ever been made in the Canaries or Spain.

The coins were discovered by teams of researchers from the Universities of Las Palmas de Gran Canaria and La Laguna in Tenerife, directed by Esther Chávez and María del Cristo González, and are of such importance that funding is now guaranteed for further excavations.

The researchers have also found traces of ceramics that can be identified as belonging to colonial settlers as well as the aboriginal Maho inhabitants of Lanzarote. The findings, which date from the late 14th and early 15th centuries, have already led them to believe that both communities inhabited the settlement, although independently of each other with the natives probably acting as guides and menial workers for the conquerers.