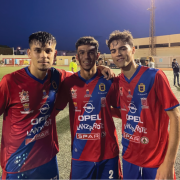 With 11 matches remaining, UD Lanzarote are in 7th position in the Tercera Division (fourth tier) just three points and two positions away from a playoff spot (although several teams have games in hand). Ian Lane reports. 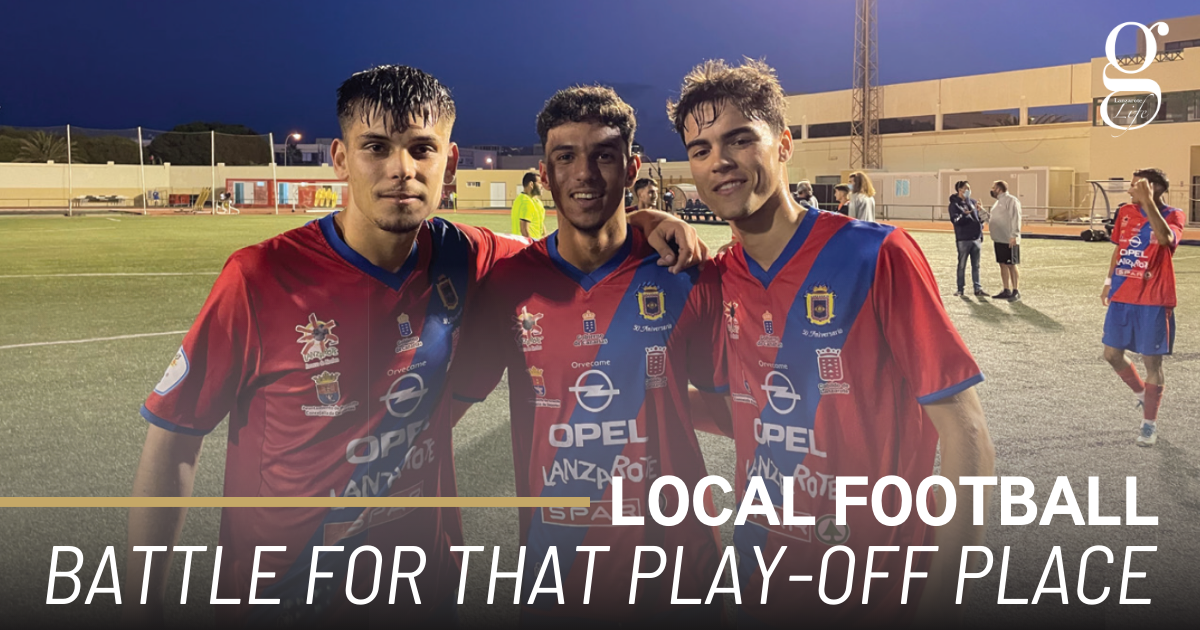 From late November up until mid- January the Rojillos (The Reds) were unbeaten in the five games played, winning three of those which put them back in the running as play-off contenders. They then took just two points out of a possible nine and slipped to ninth but a hard fought, spirited 1-0 win when plagued with injuries on the 12th of February against CD Marino has put them back in the mix.

Even though Lanzarote has suffered with a depleted squad through injuries, it has been wonderful to see so many youngsters from the B team grabbing their opportunity. In this game six local players of 22 years of age or under were involved in the squad and five of those played, including debutant Bili. The 19-year-old was thrown in at the deep end and, along with all his young teammates, performed admirably to secure the three points.

There is only one automatic promotion place available and leading the pack is UD Las Palmas C, although they cannot be promoted as their B side is in the next tier up, Segunda B. Strangely, there is more chance of them being relegated as their B team are five points from safety. If they were to be relegated, then the C team would also automatically drop down a division.

Lanzarote has the best defensive record in the league and only one team has been defeated less than the Rojillos but the big problem is that nine of the 21 games played have ended in stalemate, leaving Lanzarote in a battle with at least seven other teams to finish no lower than 5th spot, the final play-off position.

One of the teams that are bang on form is fellow island side Uni n Sur Yaiza who have won five games on the trot, lifting them from third from bottom and into that final playoff position. The eagerly awaited island derby match in Yaiza versus UD Lanzarote is scheduled for Saturday 5th March at 5.30pm and could prove decisive. Check confirmation of this game.

To go and see a match just pay at the gate €8 adults (€6 residents) Pensioners €6 (residents €4). Children under 16 years are admitted free. Bring water with you as unfortunately the snack bar isn’t available at present. At all public events in Spain a mask is necessary, and this includes football matches.

The Derby match between U.S Yaiza and UD Lanzarote is scheduled for Saturday 5th March at 5.30pm in Yaiza (check time and date).

The Canarian Palm
Scroll to top