Lanzarote will remain in Level 4 until March 4th, despite its excellent recent progress, after the island’s Covid figures  took a turn for the worse that was almost immediately rectified. 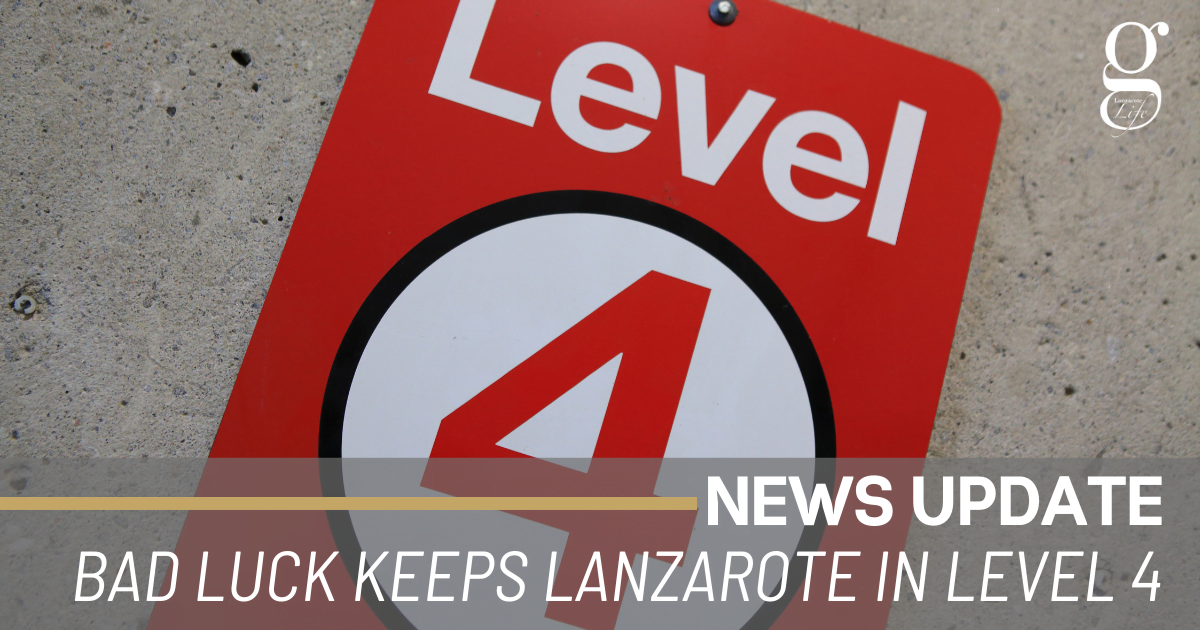 The daily report published by the Canarian Health Service has eight indicators, of which three must be in a higher level in order for the island to be placed in that level. For almost a week, Lanzarote had just two of the indicators in the “very high risk” Level 4 zone, but things changed on Wednesday.

Although the overall 7- and 14-day rates were in Level 3 territory, these rates for the vulnerable over-65-year-old population briefly rose into Level 4 on Wednesday. The transfer of Covid patients to the intensive care unit in the hospital also lifted the ICU occupancy into Level 4.

The decision of the Canarian Government is made fairly automatically, based on the most recent figures, and so yesterday the decision was made to keep Lanzarote and La Graciosa in Level 4 until March 4th.

In the very next daily report, published yesterday, Lanzarote only has one indicator – ICU occupancy – in Level 4 territory, and the amount of critical patients has fallen to qualify for Level 3 once more since then.

It’s also possible that the news of 29 new cases on Wednesday may have urged caution on the part of the authorities. This total was the highest for several days, and raised fears that illegal carnival parties may have resulted in a repeat of the Christmas spike in cases. However, yesterday, Lanzarote registered 10 cases, the lowest total for weeks.

The decision to keep Lanzarote in Level 4 makes sense according to the guidelines laid down by the Canarian Government, but it also shows how sheer bad luck can affect these decisions and put the island on hold for another five days. The next assessment will take place on Thursday 4th March, ands Lanzarote remains on course for a reduction to Level 3.

Vaccine passports “in time for summer”
Scroll to top