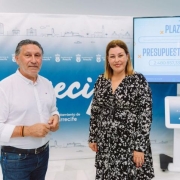 The Mayor of Arrecife, Astrid Pérez, has presented phase 1 of the “Plan de Asfaltado Arrecife” which is budgeted at just over 2.4 million euros. 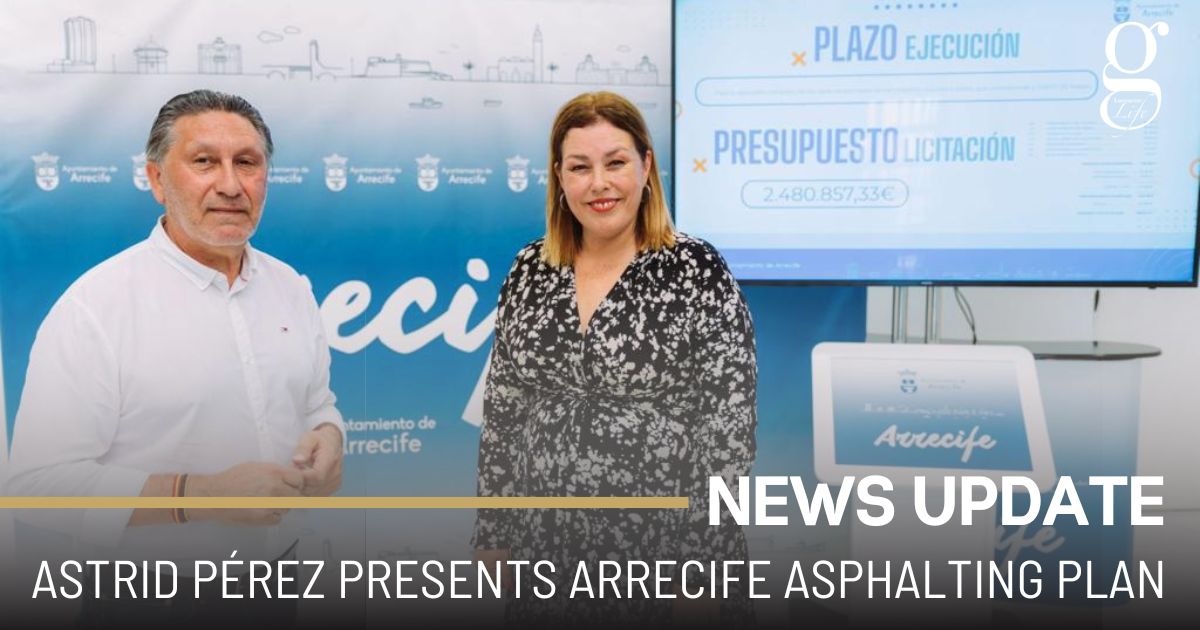 The first phase of the Arrecife Ayuntamiento’s “Plan de Asfaltado Arrecife” will see the asphalting of 41 streets in the municipality, of which 24 are in Altavista and the remaining 17 in the city centre – budgeted at just over 2.4 million euros.

In the presentation Pérez recalled that Arrecife has not had a asphalting plan “for more than five years, as a result of historical neglect which it was subjected to in the previous term of office.”.

The Ayuntamiento’s Public Works Councillor, Roberto Herbón, described the project as “one of the most important of this government group”, and assured that “it will contribute to making the city more pleasant and liveable.”.

Pérez has stressed that “one of our priorities is to modernise the city, which must proudly show off its status as the capital of Lanzarote, providing it with adequate infrastructure; and through hard work and effort by our members and many workers we are achieving this, as evidenced by the large number of improvement projects that we have undertaken in the municipality.”.

Why these specific streets?

The Mayor of Arrecife clarified that the choice of streets included in the first phase of the asphalting plan “has been a technical decision, and in successive phases the remaining streets of the municipality will be included.”.

She thanked “both the technicians from Gesplan and those from the Ayuntamiento’s Public Works department for their dedication to drawing up the project.”. The mayor concluded the presentation by apologising for inconveniences that will be caused by the works but assures residents that it will be worth it.

Which streets are being worked on?