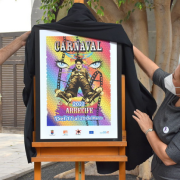 Arrecife has launched its 2022 carnival poster and released early details of some of the main events that will take place in this year’s delayed celebrations. 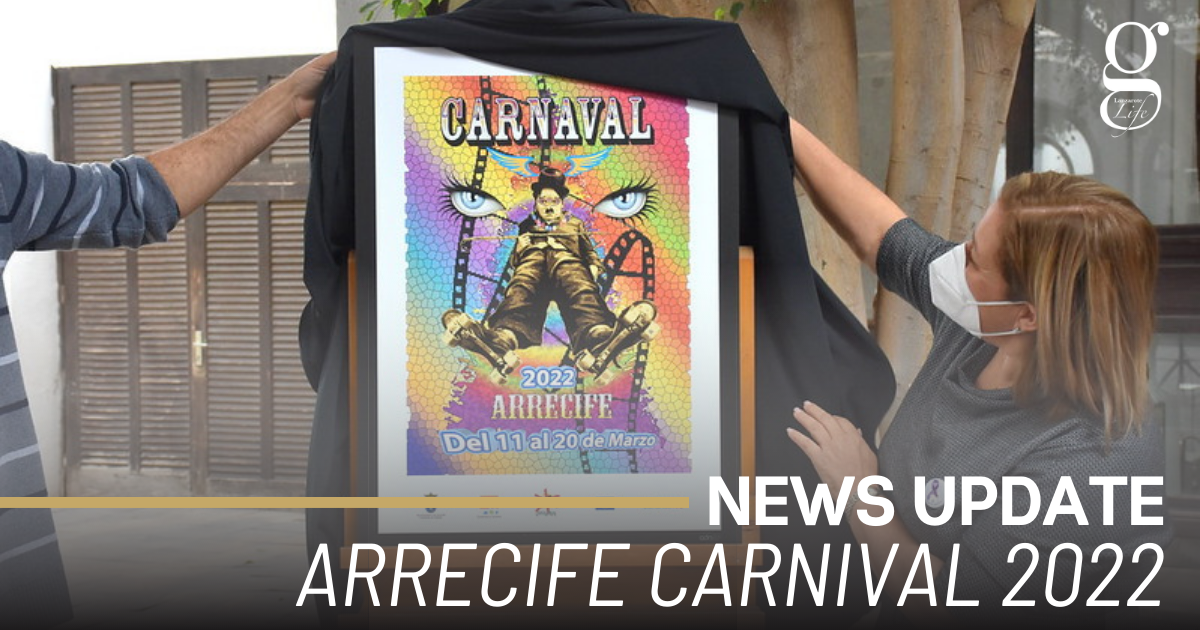 There’ll be a wide range of activities in the days from the 11th to the 20th of March,  with the only major absence being the coso – the huge street parade that usually kicks off carnival season on Lanzarote.

Details released so far suggest that the evening of Thursday 17th March will be a great time to see dancing groups and traditional groups parading down Calle Real, while the afternoon of Saturday 19th offers the seafront carnival with plenty of activity.

Sunday sees the surreal Burial of the Sardine, ending this year’s festivities.

We’ll publish more details about times and locations as we receive them.

20th March: Burial of the Sardine.  The deceased sardine will be carried from the Ayuntamiento to Playa Reducto, accompanied by murgas, comparsas, batucadas, floats and the traditional mourners. The gigantic fish will then be cremated on the beach.

“With all, for all”
Scroll to top