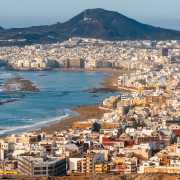 Results from a screening initiative in Las Palmas de Gran Canaria also indicate that planned screenings in Arrecife may not reveal substantial amounts of new cases.  La Isleta, the maze-like port neighbourhood located at the northern tip of Las Palmas de Gran Canaria, has been one of the areas worst-affected by the second wave. As a result, the Canarian health service recently announced a random screening programme which was attended by 1,006 residents. Of these, just eight tested positive and  are in quarantine awaiting confirmation.

Screenings are planned for all educational centres in Arrecife following the return to school this week.

Emergency calls from the wild
Figures fall as 86 recover