Three thieves have been arrested for breaking into and stealing 50,000 euros from a shop in Puerto del Carmen. 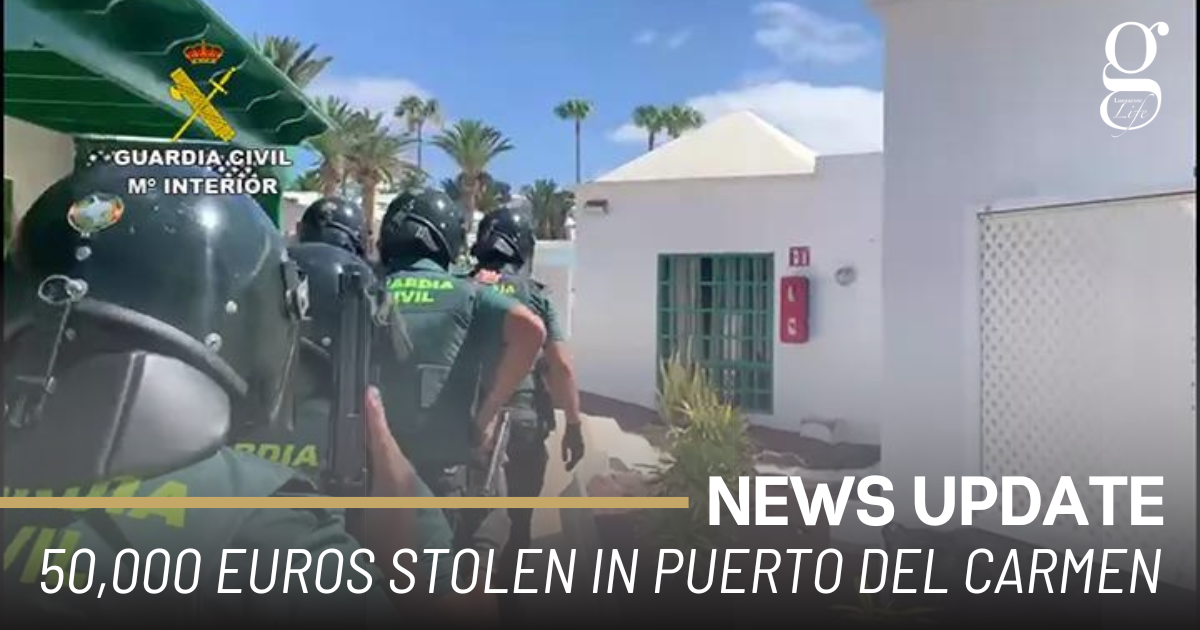 The three thieves between the ages of 19 and 46 had hid their identity from surveillance cameras with face coverings and gloves to conceal fingerprints.

Through an investigation the Guardia Civil were able to locate the thieves and arrest them for the alleged robbery. The investigations into the three suspects (now known to be one man and two women between the ages of 19 and 46) began on May 22nd after the shop owner reported the theft.

CCTV showed the thieves breaking into the shop with face coverings and gloves where they then went onto break open the safe which contained several day’s worth of takings.

After a breakthrough in the investigation the Guardia Civil were able to locate the criminals and raid the home.