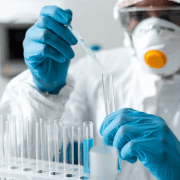 Preliminary results of the second round of the Spain’s random antibody test programme has shown that 2.1% of people on Gran Canaria have been exposed to Covid 19. More detailed figures which will include Lanzarote are expected in the next few days.

The second round of tests took further samples from 63, 564 subjects, 90% of whom  had been tested in the first round  The results show that Las Palmas province is one of the least-exposed populations in Spain, with the provinces of Murcia, the Balearics, Tarragona and Huelva showing even fewer positive antibody results. Meanwhile,  a central corridor of provinces including Madrid and Toledo shows the highest rates of exposure, reaching 14.7% in Soria,

Other results show the unpredictability of the virus: 20% of those who said they had suffered from coronavirus tested negative for antibodies, suggesting that immunity may not be guaranteed by suffering from the illness, or that the testing process is faulty. Meanwhile 2.8% of subjects who had antibodies said they had suffered no symptoms at all and had experienced Covid 19 without knowing it.

The second round results confirm that herd immunity, which requires an overall exposure rate of at least 70%, is far from being achieved , even in the worst affected areas.

Results on Lanzarote are almost certain to be even lower.  Yesterday 495 PCR tests were carried out on Lanzarote, with every one resulting negative. The high number of tests was due to the hospital starting to carry out non-essential surgery once again – a PCR test is now recommended for any patient undergoing surgery.

“Premium tours” to be trialled

Lanzarote’s CACTs (Centres of Art, Culture and Tourism) have announced that they will soon be launching special tours of three of Lanzarote’s most famous attractions: Timanfaya, Cuevas de los Verde and Jameos del Agua.

These tours, titled “Unseen Lanzarote”, will take participants far beyond the routes normally offered, giving a unique opportunity to discover aspects of the most famous landscapes on the island.

The Timanfaya visit, for example, will permit visitors to walk the Volcano Route usually reserved for buses and then to ascend the spectacular Montaña Rajada. These “premium visits” will be aimed at residents and locals  and cost considerably more than normal visits: €37 for Timanfaya; €35 for Cueva del los Verde and €25 for Jameos.