30 of the 81 active cases registered recently on Lanzarote were brought in by tourists or students returning from the Easter holidays, according to La Voz de Lanzarote. 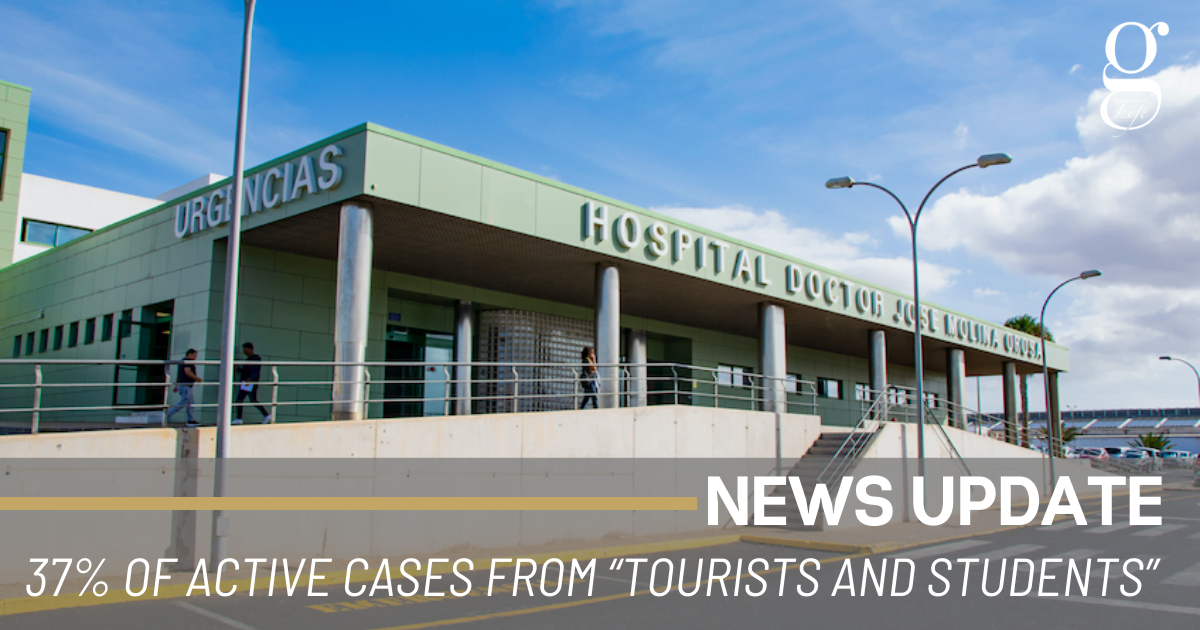 The majority of these cases were French, British and German tourists, according to health service sources, and many of them only discovered they were positive when taking the obligatory pre-travel test to return in private clinics.  It is thought that they are likely to have brought the virus with them, rather than having contracted it on the island, owing to the length of stay and the time it takes for the virus to develop.

The students who returned to the island were diagnosed after being tested at the drive-in testing centre at the Recinto Ferial in Arrecife. All arrivals from Spain are required to take a PCR or antigen test, but this does not have to be pre-flight, and can be carried out upon arrival as long as quarantine is observed until it is done.

The good news is that none of these cases has been associated with an outbreak (a cluster of three cases or more), and the largest recent outbreak, which originated from a wake held in Arrecife and affected 19 people, occurred in mid- March, long before Easter.

The number of foreign cases could also answer the question of why Lanzarote’s traceability percentage has fallen so sharply recently. Traceability measures the percentage of cases that can be traced to an original source, but this is much more difficult to establish if the source is overseas.

Lanzarote has normally shown excellent traceability percentages in the 80s or 90s, but this has fallen recently and currently stands in “medium risk” territory at just under 60%.

La Voz claims that its source have said that over 57% of recent cases were detected by the tracing team at the Jose Molina Oroso Hospital , while only 25% of new cases resulted from the patient reporting symptoms.  The rest result form private clinics pre/testing travellers.