Alejandro Besay is the director and enologist at Bodegas La Geria – one of the most emblematic wine producers on the island. We took a trip into wine country to find out how the bodega is handling the pandemic and the recent weather conditions. 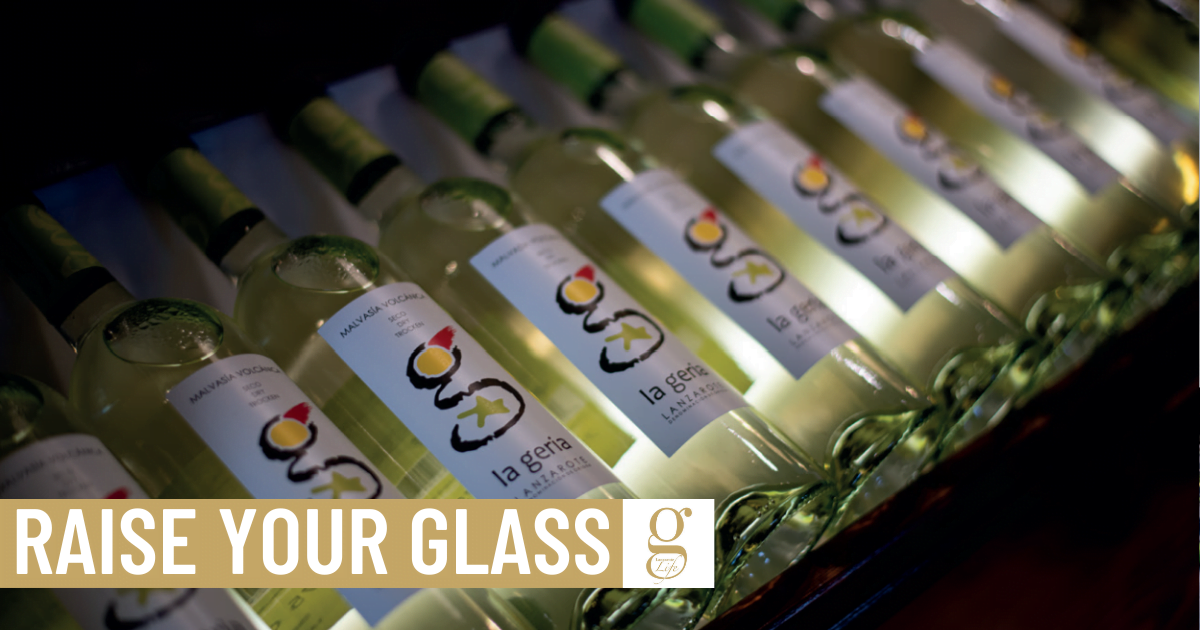 How is the wine industry doing in the pandemic, Alejandro?

It’s certainly affected us. Sales are down 50%, and that’s because of the absence of tourists. Restaurant sales are down, because restaurants are closed or under restrictions, but more people are buying wines in the supermarket. We’ve noticed that sales of semisweet wines have risen, as most of the people buying are local Canarians, who especially like that type of wine.

When does the 2020 vintage reach the market?

In early February. Often it’s much earlier, but the drop in sales means that old stocks have had to be sold first. We’re producing a dry and semi-sweet wine in the Manto range. The delay has also allowed us to experiment with a new method, known in French as bâtonage. This involves fermenting wine from the lees, which adds a more yeasty flavour.

You’ll find out soon. The harvest was small last year, but the quality was excellent.

Flavour and aromas are more concentrated in grapes when they’ve been stressed, and last year saw drought conditions. Theres a balance, of course – too much stress will simply ruin the grape.

How is this year looking?

It’s all going very well so far, and the recent rains have been very welcome. We’ve had 150 cubic millilitres so far this year, more than twice as much as in the whole of last year.

What’s going on in the vineyards right now?

We’ve had a good year in 2019 and a hard one last year. After the recent rains, this means the vines are making the most of it and we have to prune them back very carefully. It looks quite brutal, but the vines need to be regulated. We normally do the pruning when the moon is waning.

Is that a superstition?

No, it because the sap in the vine is more settled, so less of it is lost. The moon affects plants as it does the tides. Pruning produces plenty of waste wood, which explains the bonfires and columns of smoke you’ll see in the fields now. Right now, the workers will maintain the pits and zocos, add compost to each vine and generally help give them a rest.

The pretty white building of La Geria’s bodega is located in one of the most breathtaking locations on the island, tucked between the three volcanoes of Diama, Guardilama and Chupaderos, overlooking a valley in which four ancient villages were entirely obliterated by volcanic ash and lava.

Alejandro explains how this changed agriculture on the island, as the ash preserves moisture and allows the cultivation of wine, as well as tomatoes and onions. Much of the black gravel you’ll see on farms in the island was moved from Timanfaya.

Vines, however, were immensely useful, producing grapes, raisins, wine, grape-juice, vinegar, firewood and shoots that could be sold on. There was even a distillery in Arrecife, that produced alcohol from wine.

To reach the rich red soil underneath the ash, wine growers had to dig deep pits, which also provided protection for the vine. The walls known as zocos added more protection, and Alejandro leads us into one. On a breezy day, it’s absolutely still and calm, and kicking the earth reveals dark, moist gravel beneath. At la Geria, the pits also contain mango and orange trees, and the nisperos (loquat) fruit are just ripening. We pick a few and they are delicious, full of juicy, sweet flavour.

The Bodega La Geria was built in the late 19th century, and Alejandro opens a glass case to show us bottles of moscatel dessert wines that date back to 1962. Most Lanzarote wines, however, are consumed young, and the full range of La Geria’s products, from antique-style dessert wines to the Manto prestige label, are on display in the shop, which is lined by huge oak barrels and decorated with antique tools used in the trade.

Here, Alejandro pours us a glass of the 2019 semi-sweet white wine. It’s excellent, not too sweet but not at all tart, with touches of sweetshop flavours like liquorice that often come through in Lanzarote’s sweet wines.

Later, in the back rooms where immense 5,000 and 10,000 litre containers line the rooms, Alejandro pours glasses of the 2020 vintage for us to try. It’s remarkably different, younger, sweeter and less sophisticated, but bursting with notes of tropical fruit. It’s so tasty that our photographer Sabrina seems rather distressed when Alejandro tips his down the drain after tasting it, and waits for us to do the same.

It’s always a pleasure to head into wine country, and even though tourism barely exists at the moment, there are still several visitors by the time we leave. It makes sense – it’s never a bad time to raise a glass to Lanzarote’s unique wine trade.