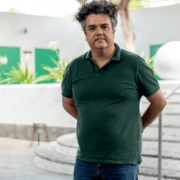 Armando Santana is Arrecife’s councillor for Tourism, Commerce and Industry, and is one the most visible members of the capital’s ruling group. He spoke to us about how Arrecife has survived the pandemic and ambitious plans for the future of Lanzarote’s only city, which is home to almost half of the island’s population. 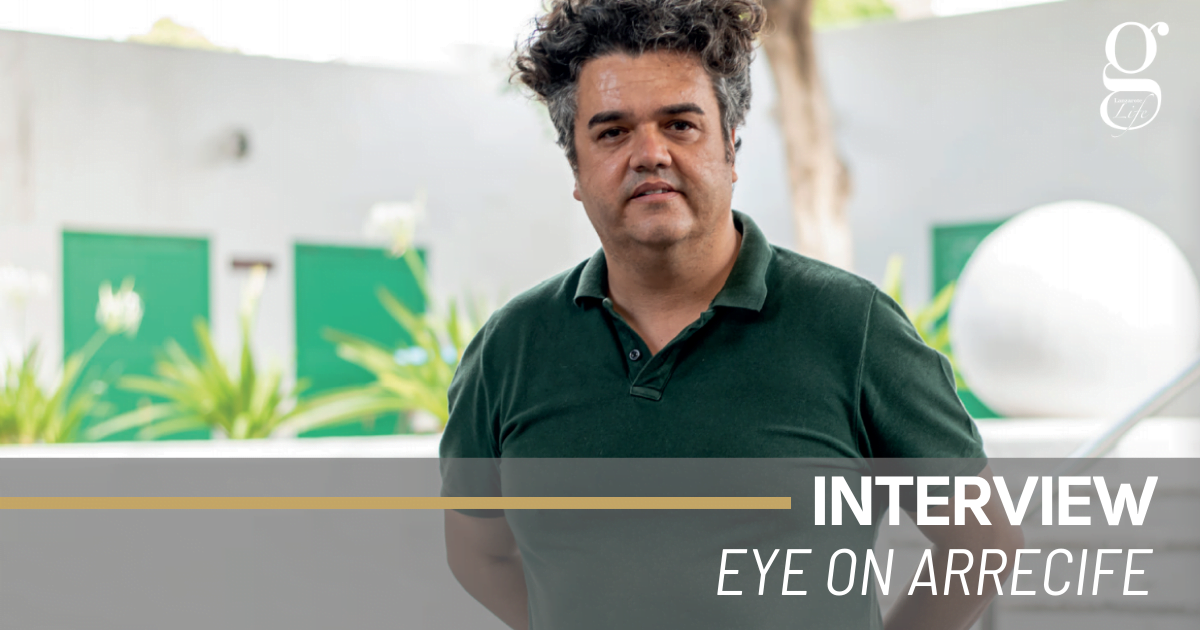 How has the pandemic affected Arrecife?

Arrecife depends less on tourism than other municipalities, so I think it’s had less impact here. We only have four hotels, for example. We have seen a notable drop in commerce, but I think that’s a universal thing, not confined to Arrecife. People are uncertain, and when they’re uncertain they’re less likely to spend money.

How will the new Garavillas shopping centre that’s currently being built affect shopping in Arrecife?

We don’t know. It could adversely affect smaller businesses in the centre, but it could also lead to a resurgence of shopping in the capital, especially if we improve the surrounding areas. There are plans to construct a boulevard leading all the way down C/León y Castillo to the centre. This will improve mobility in the capital, and bring more green areas to the city.

What about the recent controversy regarding cruisers arriving at Playa Blanca. Why are you opposed to this?

Firstly, it’s a question of sustainability and the environment. Bringing cruisers to Playa Blanca will undoubtedly have a major environmental impact on the resort and the region. Cruisers can pollute the water, and then there is the related environmental effect of more buses, traffic etc. Cruise tourism also means that port police are required, as well as auxiliary boats. Arrecife has already prepared for all of this.

Then there’s the issue of lack of solidarity. Sr. Betancort (Oswaldo Betancort, Teguise Mayor and Canarian Parliament member) knows that allowing cruisers to dock at Playa Blanca will affect Arrecife. It will also affect his own municipality, Teguise, as many of the cruise tourists head there.

Is cruise tourism profitable? Mostly, it seems the passengers head ashore and may have just a coffee or a snack.

The profits come from organised trips to the island’s tourist attractions. However, we’ve also seen evidence that cruise tourists spend more on Lanzarote than they do on other Canary Islands, and they do spend some of that money in Arrecife.

What projects does the council have in store for Arrecife?

We’re reopening the Islote de la Fermina shortly. In fact, it already hosted an international kayak competition, and will be the venue for the World Malvasía Congress. Then there is the construction of artificial pools at the marina, which is still going ahead.

What exactly are those?

Bio-Corners are green, shady areas that will be created along the routes of the Caminos del Agua (water paths) and elsewhere. The Caminos del Agua project will create four channels for rainwater, which will tackle the problem of drainage in Arrecife, but will also create green, pleasant pedestrian avenues where residents can walk and cycle. The first will stretch from Argana Alta (behind the hospital) and lead down to the Charco de San Ginés.

The Bio-Corners will be shady meeting places constructed around a tree. They’ll have solar panels, wi-fi facilities, and local communities will be able to decide how to use them. There’ll be more than 40 dotted around the capital.

Arrecife has been at the forefront of the return of Lanzarote’s cultural life, with several concerts and “The fifth wave has arrived on the Canaries and we’re not optimistic that Lanzarote will avoid it,” says Santana. “That means that some events will probably be cancelled.”

The capital has already seen the Fiesta in Valterra take place on a very reduced scale, and that is likely to be the case for the Fiestas de San Ginés this month, too, which will be “very small”.

“Hopefully, things will be better by the end of summer,” says Santana. In the meantime, there are already projects under way to boost the capital’s traditional Saturday morning market, with live performances already underway.

The President is coming
Scroll to top