Camille Tardieu, aka Camy Myles, is already an essential element of Lanzarote’s music scene. Her strong, positive attitude, terrific voice and magnetic stage presence have already made her known to countless tourists & locals alike. Like all performers here, she’s had her ups and downs during the pandemic, too. 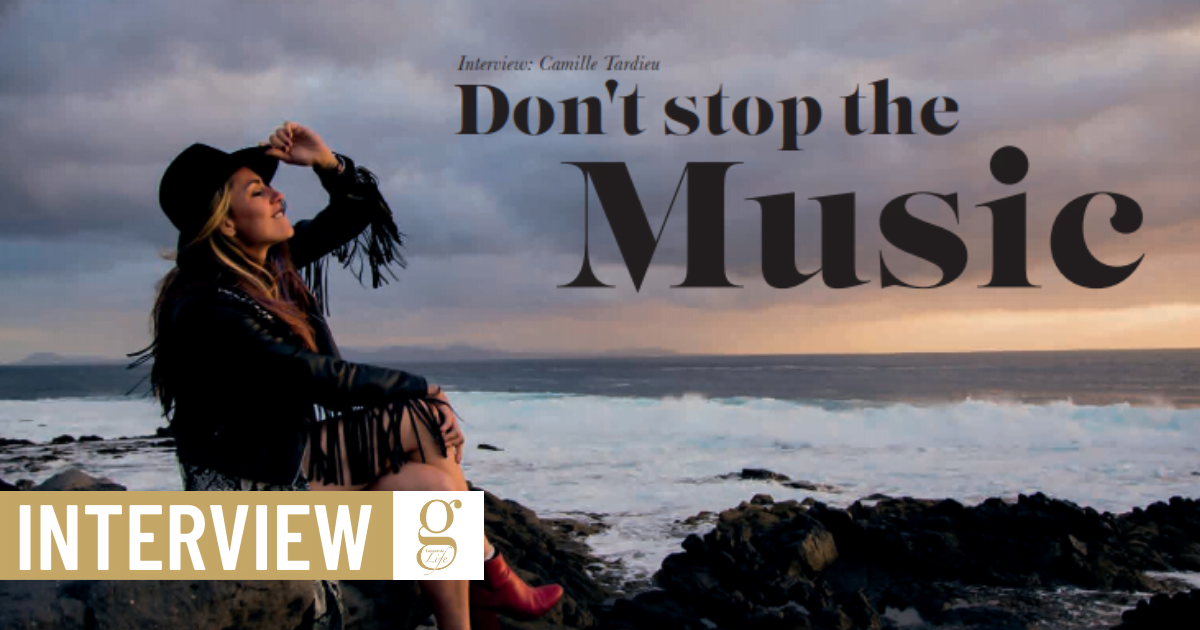 How have you managed during the pandemic, Camille?

It’s not been easy for performers. Most of us are self-employed and, while I was lucky enough to get some payments from my mutua, there are plenty who haven’t been so lucky. Many musicians are on short contracts and when something like this happens it hits hard. Many have had to return home.

This is your home, though, isn’t it?

Yes. I could live with family in France, but this virus is everywhere, and who wouldn’t choose to ride it out in a place like this?

How did you get into music?

My stepdad is a musician and I ended up playing with him before starting out on my own.

What sort of music do you perform?

I mostly perform versions at various bars on the island, and Im also in a band called Bombie Love, which perform original material. I also write songs and often slip them into my sets.

I’ve recently done a project with a friend called Oshua. It’s called KOgiKOB and our video, Diving Deeper is on Youtube.

Do you ever get stage fright?

I like to bring a feeling of joy and energy, and that can sometimes be a bit difficult if I’m in a bad mood, but after a couple of songs I’m always happy. I’m also nervous before playing my own songs – that’s really exposing yourself.

How have the last six months been?

The lockdown was a relief at first. I’d been singing a lot, so it was a chance to rest my voice. But after a couple of weeks I thought “I’m missing this.” Then we saw lots of musicians doing live sets from home on social media, which was great when people couldn’t leave their homes, but lost a little impetus afterwards.

I learnt some new songs to cover, as well as working on originals and I was optimistic until the UK quarantine regulations were brought in. I went to a favourite bar after that and it looked like a haunted house, but I’m hopeful that we’ll get past this. We can’t keep on like this forever.

Do you have any projects for the future?

Lots! I’m working on my solo image and I’d like to make more videos – as professionally as possible. I’m also finishing an album with the rest of Bombie Love and want to do more work as KOgiKOB. Then there are the music lessons I’m teaching, but that’s another story…

Eye in the sky
Who will test non-tourist arrivals?

Love and loss
Scroll to top