Two years ago Rory Duffy weighed 17.8 stone (113 kgs). Now he has two Ironman medals. We spoke to him about changing your life completely. 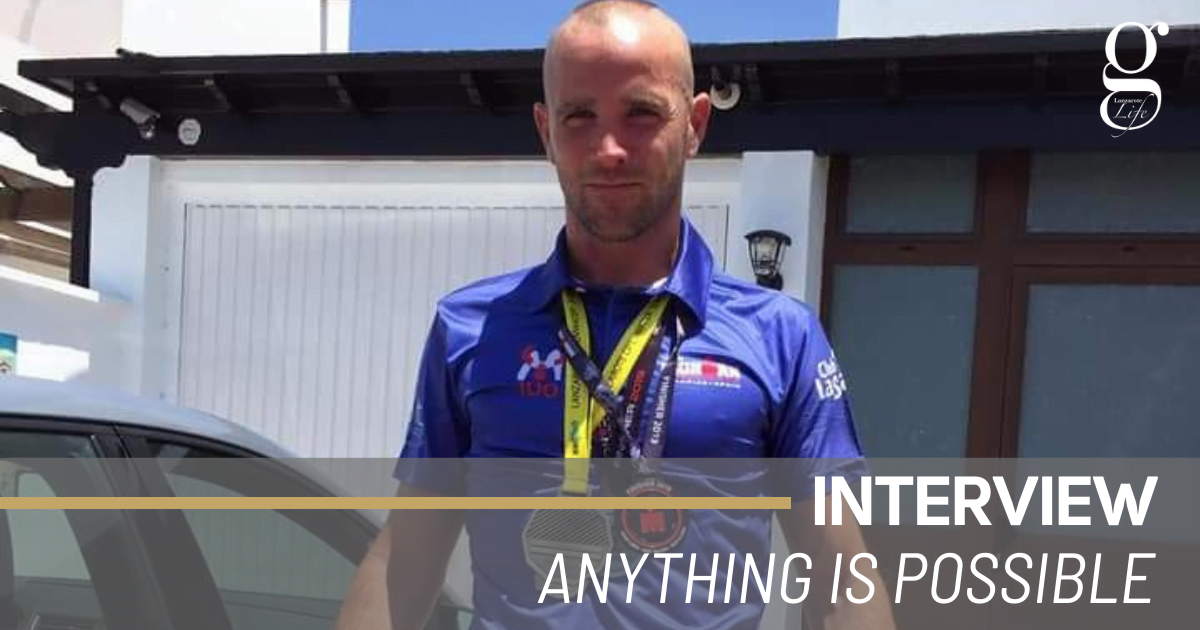 You’ve gone through an incredible change, Rory. What made you do it?

Primarily my son, Cameron. I wanted to play football and wrestle with him, which seemed to be every waking hour! At almost 18 stone, I could only muster a bit here and a bit there before getting out of breath. I wanted to tire him out, not the other way round! I didn’t want, or like, him seeing me smoking and drinking daily and wanted to be a more involved, better, role model for him. I also didn’t like the way that I was starting to look.

Which was the hardest to give up?

I had smoked and drank for all my adult life, so suddenly not having this in my life was very difficult. But this surreal feeling prompted me to do more positive things. For example, when I got a craving for a cigarette or a beer, I’d chew some gum and go for a long run or a long bike ride and the craving would soon subside. After three months I was running or cycling daily, and the thought of a cigarette repulsed me!

Had you tried to lose weight before?

No, this was the first time. One day I stood on a set of scales for the first time in ages and it hit me hard. I was around 4.5 stone above BMI. I needed to address it. So I did.

How was your first IRONMAN?

Tough. An overwhelming, and slightly emotional, sense of pride and achievement when I crossed that finish line. Someone who was an 18 stone smoker and drinker who hadn’t run, biked or swam since I was 13 had done a full Ironman. And not just any Ironman, but Lanzarote’s Ironman, which was voted the hardest of all for several years.

Mentally and physically, it was the most difficult thing I have ever done. It just felt like it was never going to end. The winds and hills on the bike ride were torture.

The crowds were great and really gave you a boost when you felt low. As the Ironman motto goes, anything is possible!

Did you always want to do an IRONMAN?

No, it was only about losing weight to begin with. After eight months a few friends, who had done triathlons previously, suggested I look into it. The next race was four months away, and fell on my first anniversary of health, fitness and sobriety. So, I thought it would be nice to top off that year with a finishers medal.

Rory completed his second IRONMAN on July 3rd and now has another medal to add to his growing collection. He also managed to complete it an hour quicker than his previous attempt. Well done, Rory!